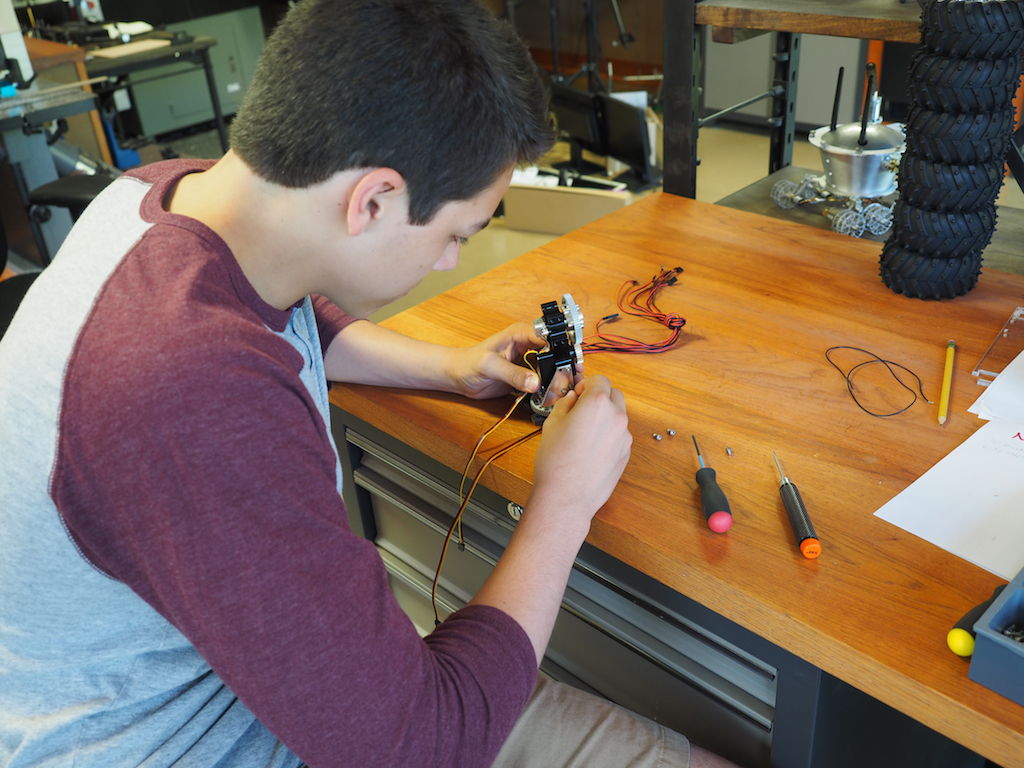 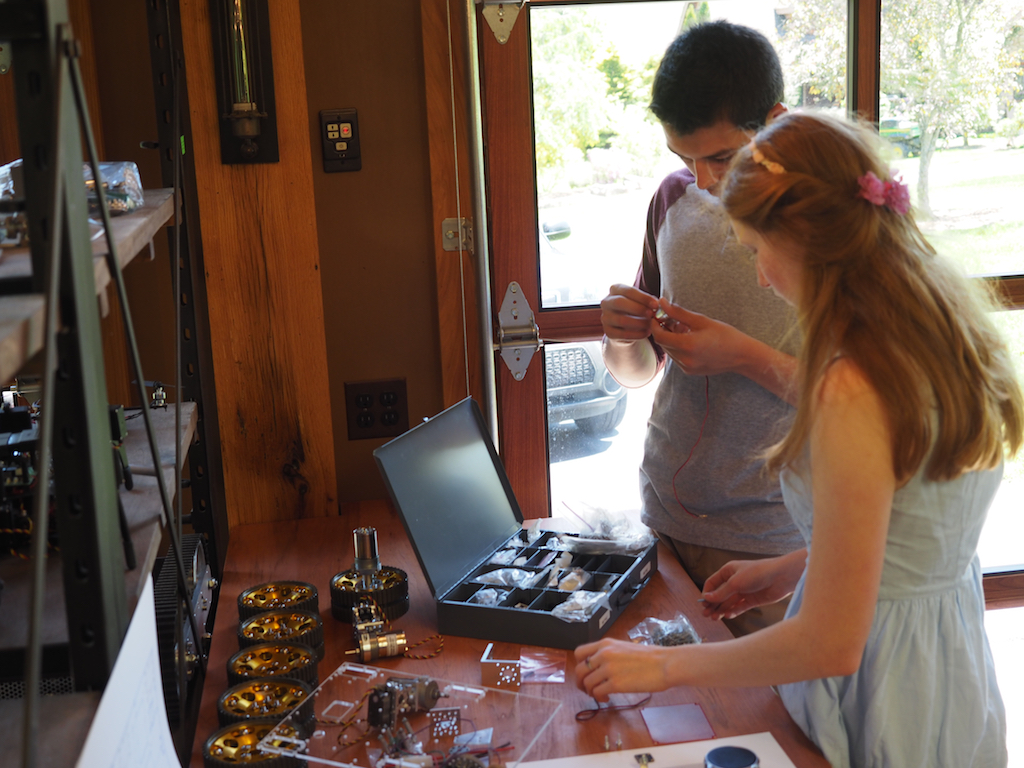 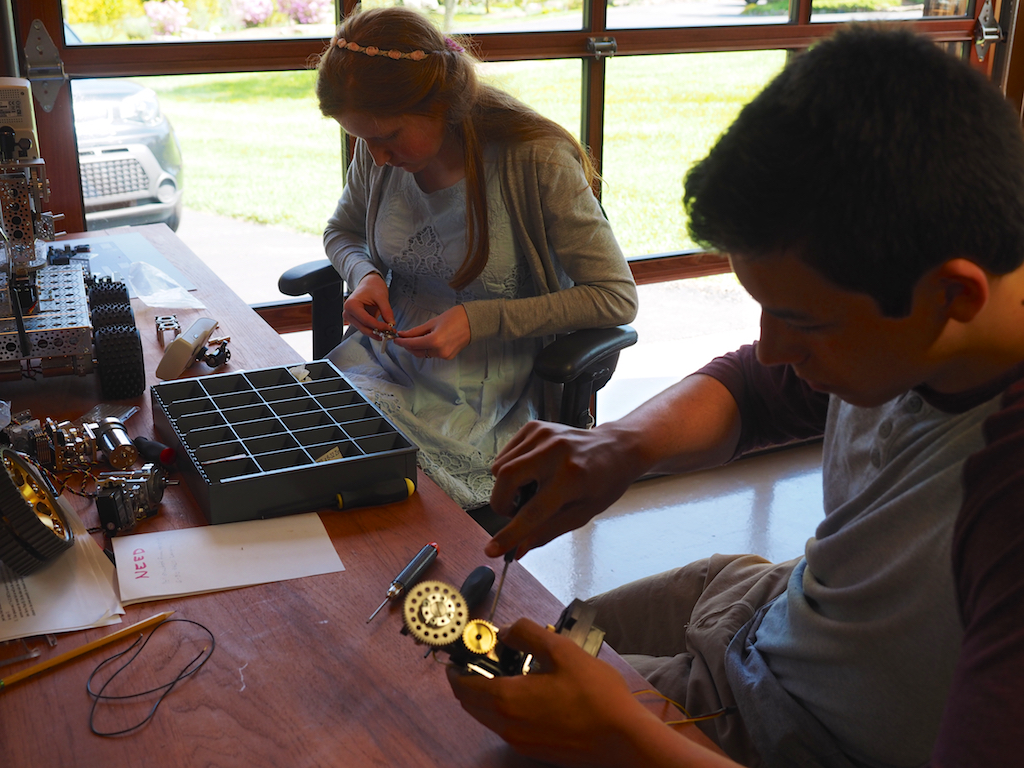 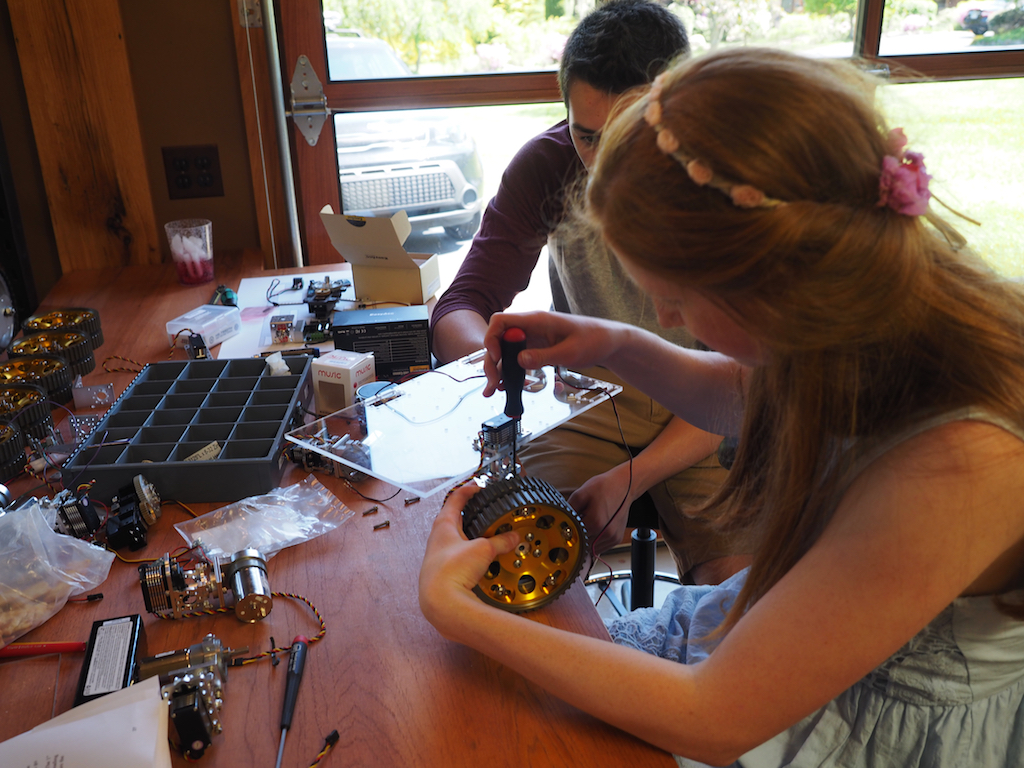 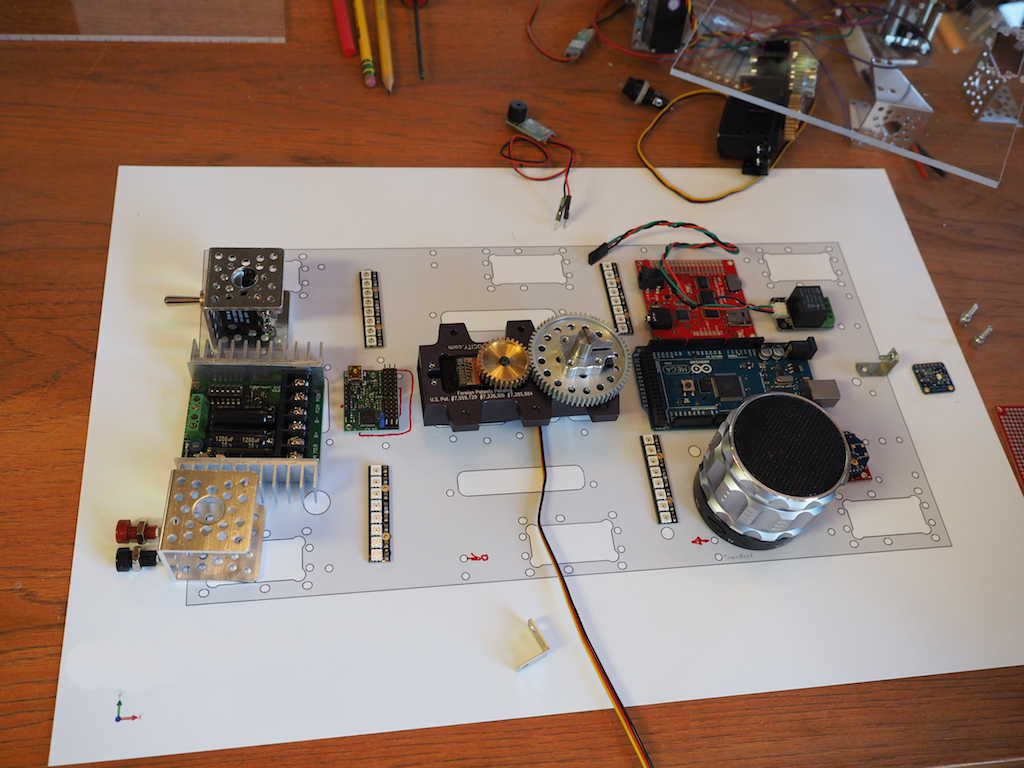 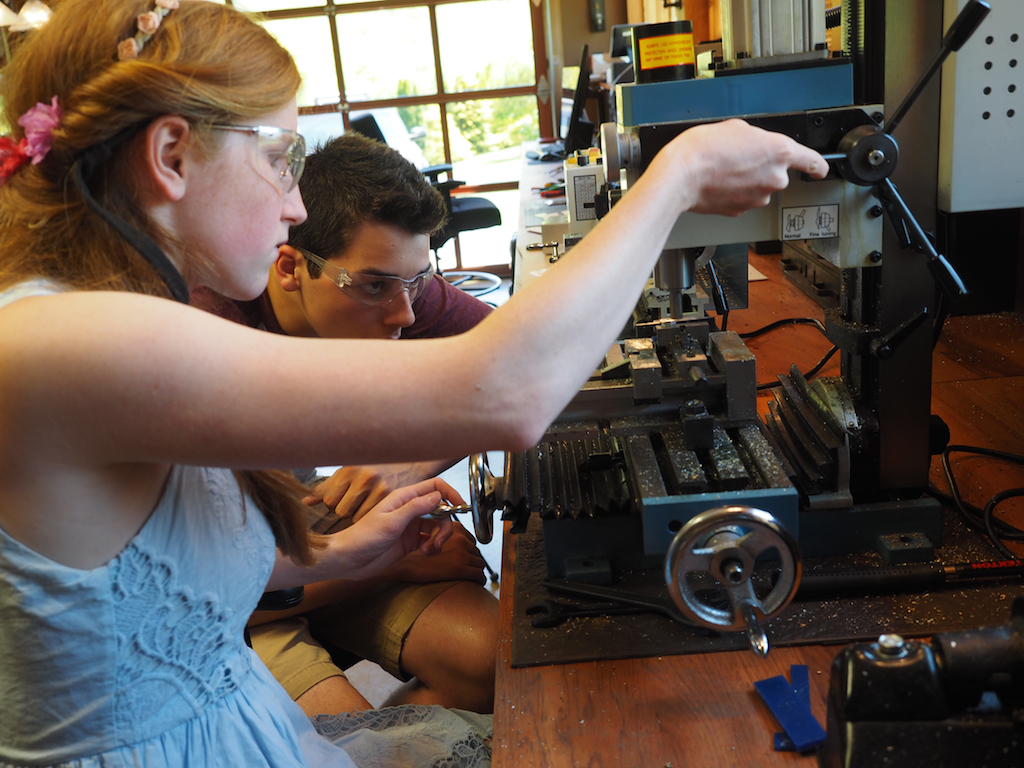 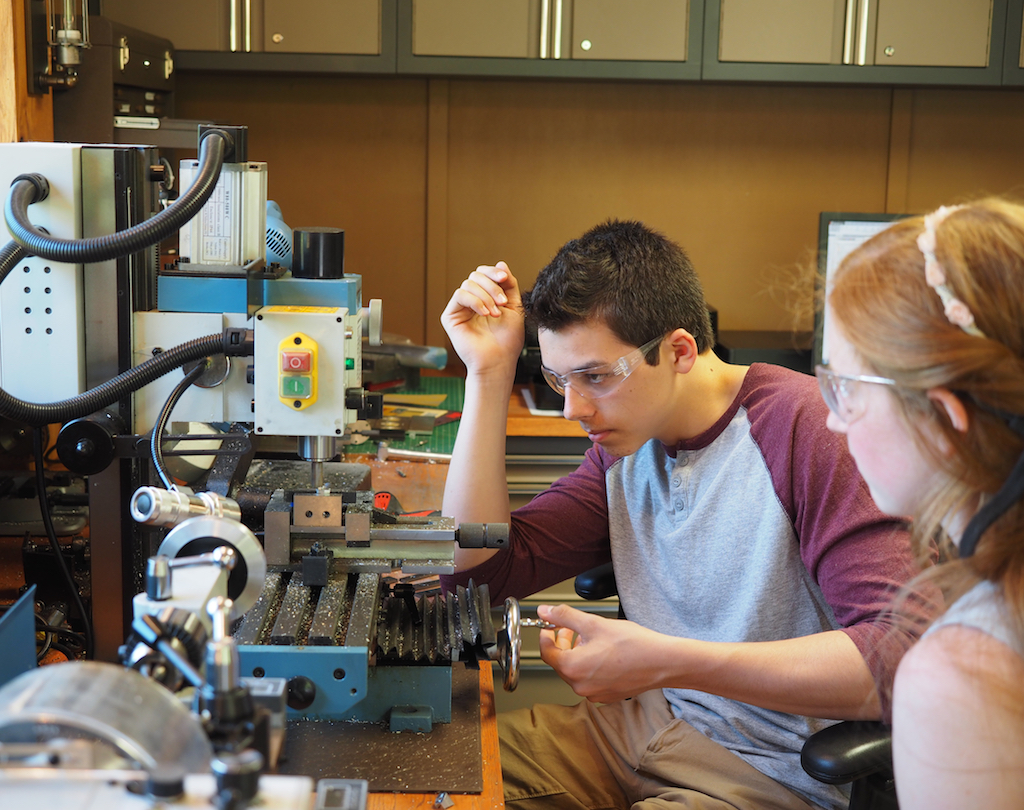 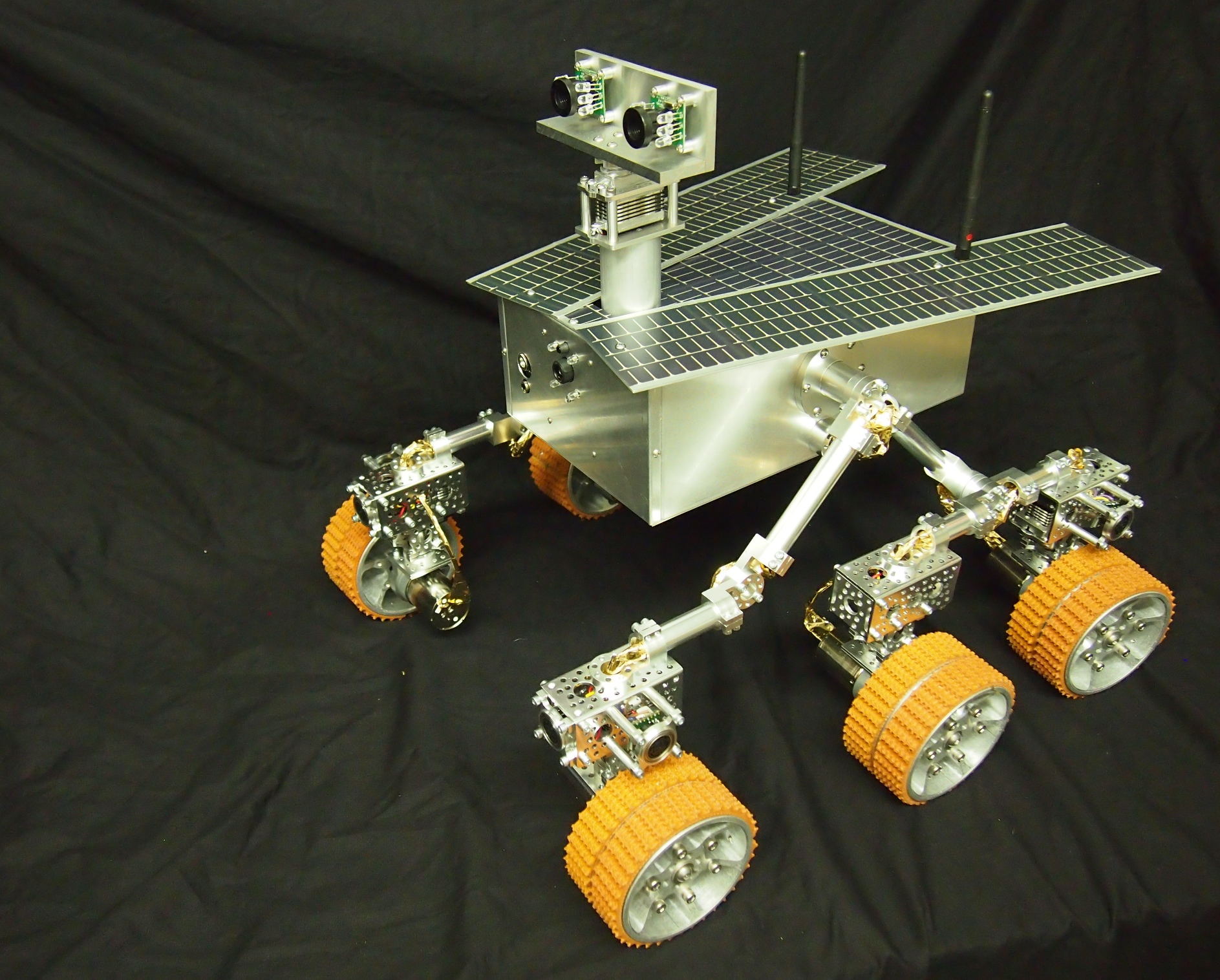 We have exciting news to share. A short time ago the New York Hall of Science contacted us. They have a large and beautiful Mars exhibit, but their existing robot is outdated and needs to be replaced. After some discussion about their requirements, we agreed to build them a new fully-functional Mars Rover robot for their exhibit. You may have noticed that we’ve been chronicling our work on the new rover in our Workshop Blog for the last several weeks. We have done most of the metal machining, mechanical assembly, electrical soldering, electronics wiring, and other work on the project. They will also be part of the on-site testing and installation in New York. Update: We installed the Mars Rover at the New York Hall of Science on June 8, 2013. It has been a great success so far. It has become the science center’s most popular exhibit.

The Mars Rover is constructed of over 700 electrical components, aluminum parts, and other pieces that we purchase, make by hand, and/or machine on our homemade CNC Mill. In addition to the NASA-style six-wheeled rocker-bogie suspension system and the solar panels, the new Mars Rover is equipped with an infrared camera, a thermal array sensor, eight sonar sensors, and other technology. Using special control software that we will provide, kids and other visitors to the center will drive the Mars Rover remotely through the exhibit’s Mars-scape on a mission to find infrared-emitting rocks that may provide evidence of past life on Mars.

With over 450 interactive exhibits, the New York Hall of Science is the largest collection of hands-on science and technology exhibits in the New York City area, and rated as one of the best science centers in the country. They are actively involved in pioneering the Design/Make/Play revolution. Built initially as a pavilion for the 1964 World’s Fair, the New York Hall of Science is not only the region’s premier science museum, it hosts the world-renown New York Maker Faire each fall. We are honored to be working with the NYSCI and we’ve been having great fun (and many hours of hard work) building what we hope will be an excellent robot for them. 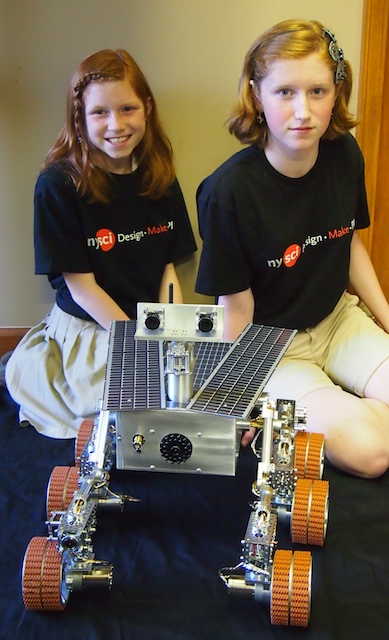 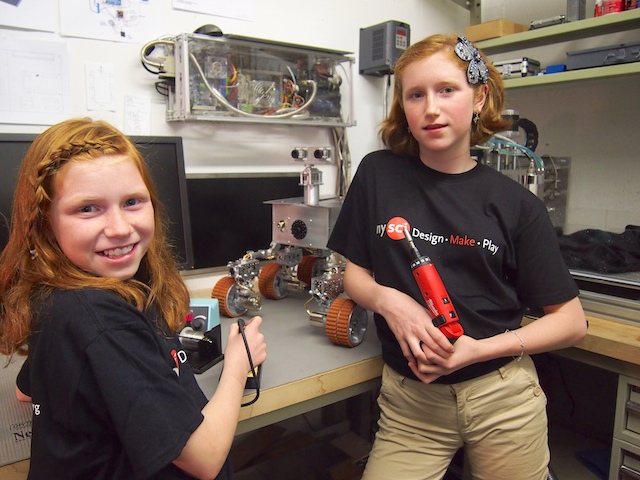 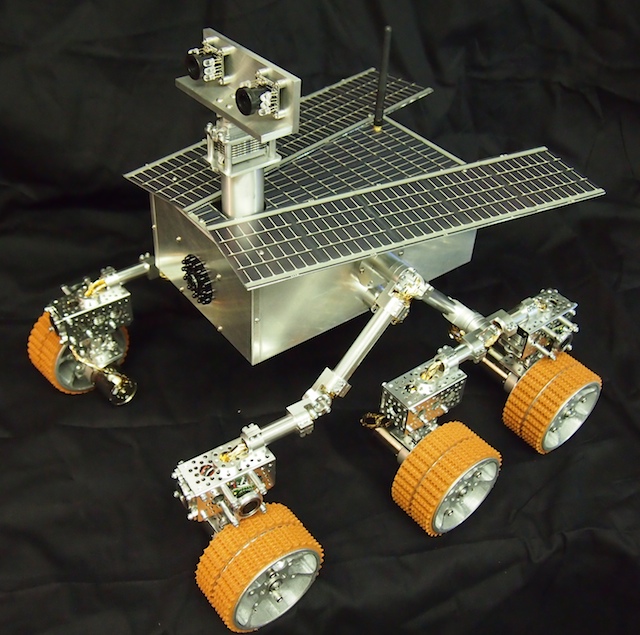 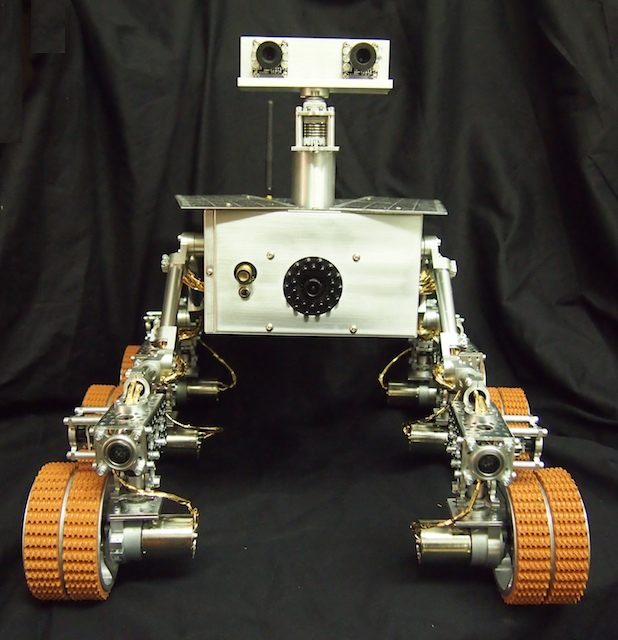 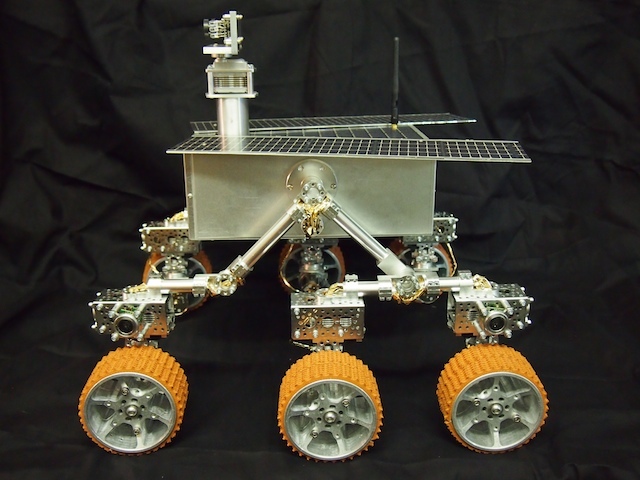 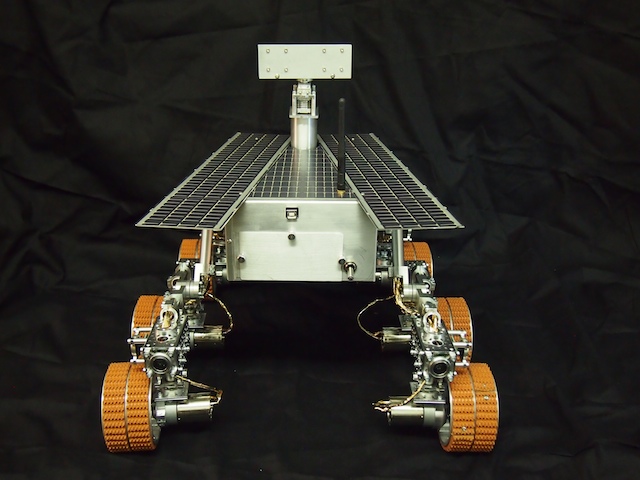 Continued work on the Mars Rover