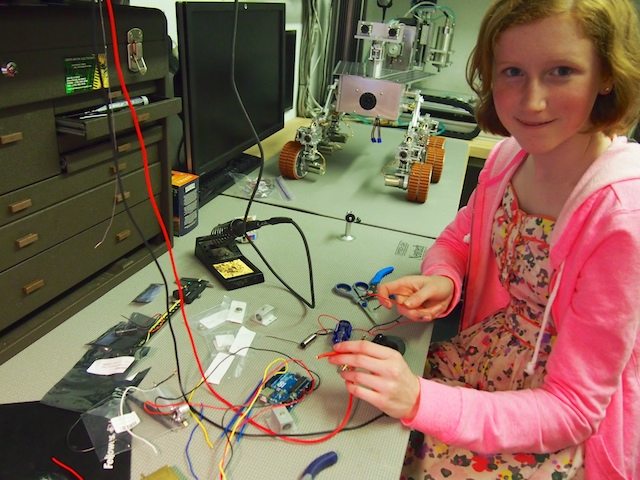 A few subscribers have asked about laser and the thermal array sensor on the new Mars Rover, so this post is dedicated to that:

We needed to add a targeting laser and a thermal array sensor to the Mars Rover robot, so we experimented with different wavelengths of lasers and types of lenses. After looking at the results of our tests, we decided on a 532 nanometer laser (which is bright green in color), with adjustable 5 to 25 milliwatts of power, and a 38-degree line-generating lens.

We plan to use a TPA81 Thermopile Array sensor to scan the temperature of the objects that are out in front of the robot (a few feet or a few yards away). This particular sensor provides an 8 x 1 array of eight temperatures corresponding to eight points from left to right in front of it (about 40 degrees across). But it’s hard to tell exactly where it’s pointing and which objects it’s measuring, so we plan to use the laser to identify the scanning zone. We cobbled together a prototype and our initial tests of all this worked well, so we moved into the final build stage and mounted it into the robot. The key was to make sure that the laser was lined up with the thermal array sensor, which necessitated a special mounting mechanism.

Here I am with a devilish grin as I experiment with different types of lasers. I decided on the green laser because it’s strongest, easiest to see, and “just plain the coolest.” 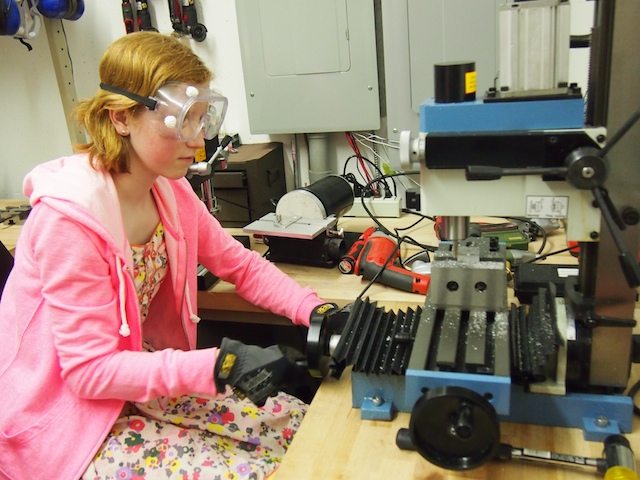 I used my favorite tool, the vertical mini mill, to do some machining to modify the laser mount. We then drilled and tapped various threaded holes into the mount. 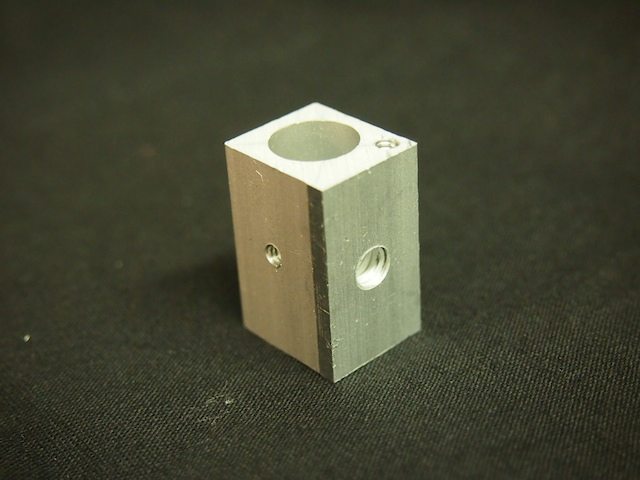 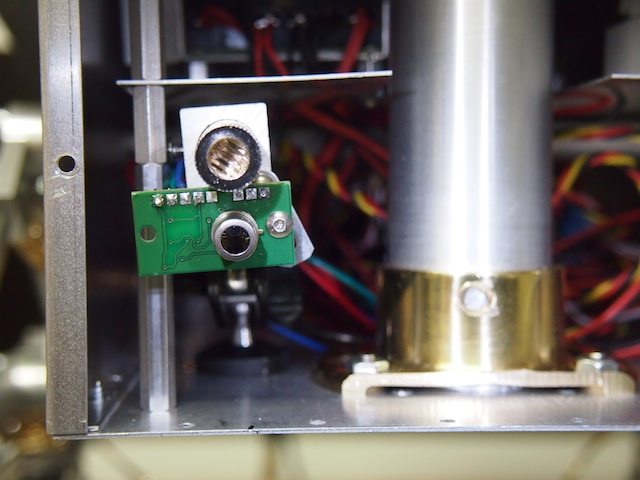 Here we have mounted the Target Laser (on top) and the Thermal Array Sensor (on the bottom) into the front of the robot (front plate removed). You can’t see it too clearly  in this picture, but the laser mount sub-assembly is mounted on an articulating arm on a base so that we can adjust the pointing angle/direction. Please note that the line generating lens is tilted in this picture and needs to be adjusted so that the visible lines in the lens are vertical (which is weird because it generates a horizontal line).

The finished result. We’re ready to scan some alien Martian life ! (Or at least some warm rocks!)  🙂