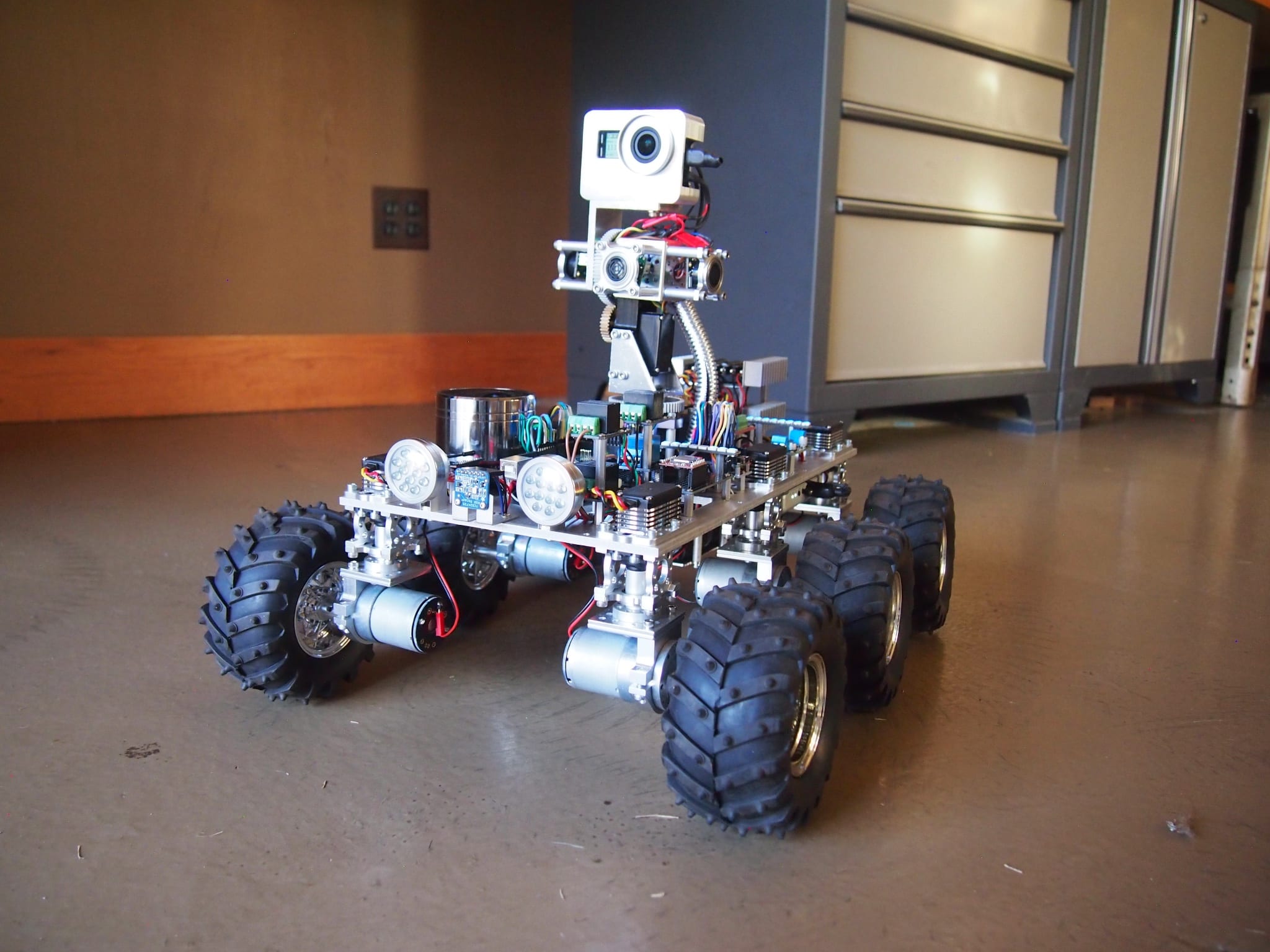 We have built a sturdy but compact 6-wheel-drive (6WD) rover for museum exhibits with limited space. In this video, we are testing its various steering methods (strafing, rotation, 2WS, differential, etc.). The main plate of this robot is a custom part that we machined. The servos, motors, motor mounts, servo blocks, camera turret, and many of the other components are from Actobotics. The brain of the robot is an Arduino Mega. It is also equipped with on-board sound/speaker, four Maxbotix obstacle sensors, a color sensor (at the front), and Neopixel RGB LED light strips. The turret holds a Hero 4 GoPro camera (in a custom case we machined), which transmits live HD video over a Connex video transmitter to a First-Person-View (FPV) Headset. The 7.4V LIPO battery is mounted under the main plate. The Remote Control (which is an Arduino-based device we created) communicates with the robot via xbee radios. We have designed this robot to support rubber tread wheels and metal wheels 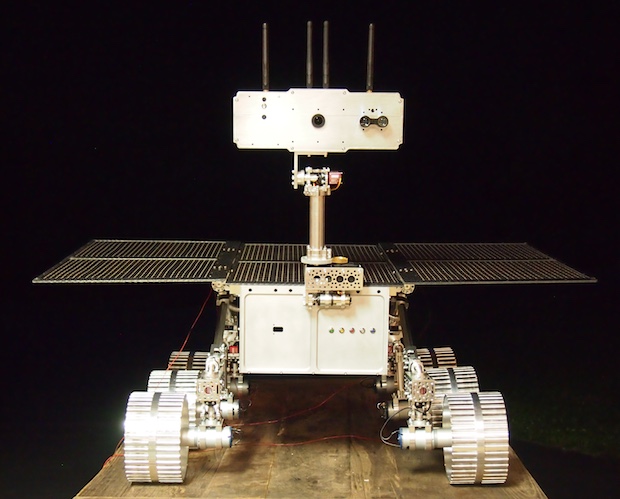 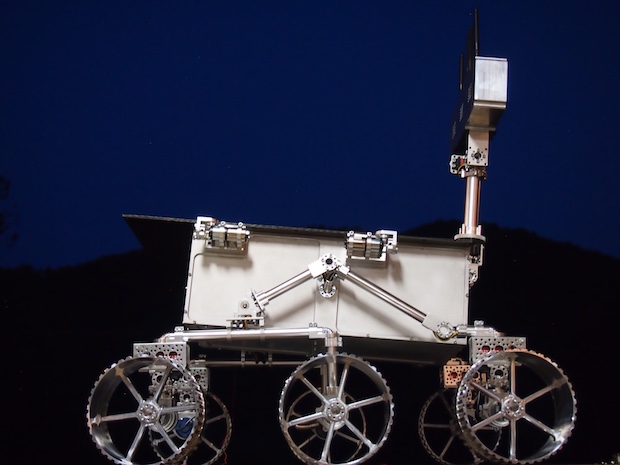 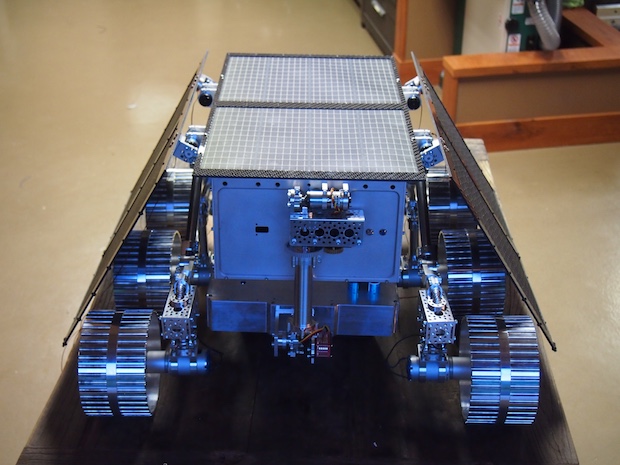 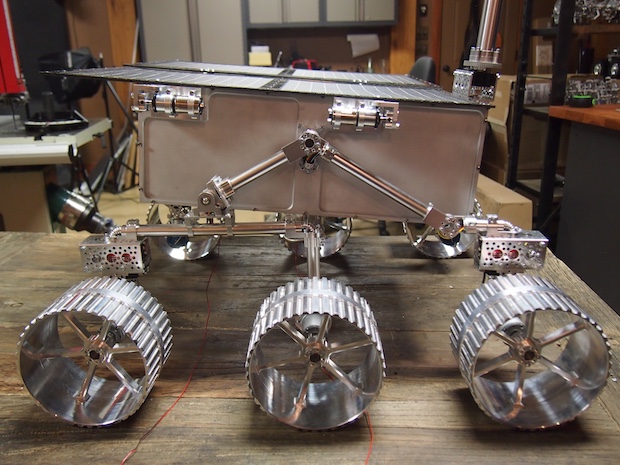 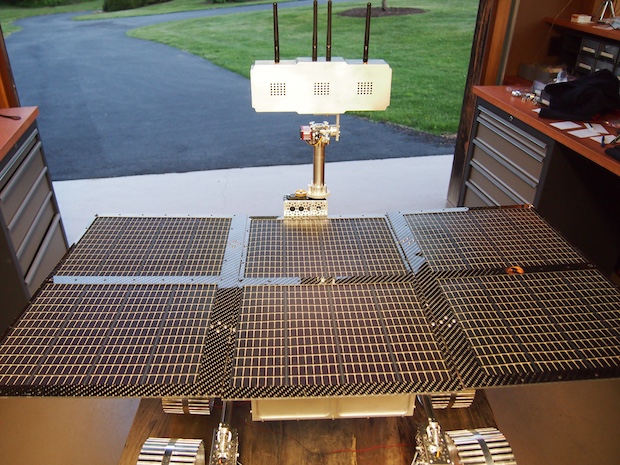 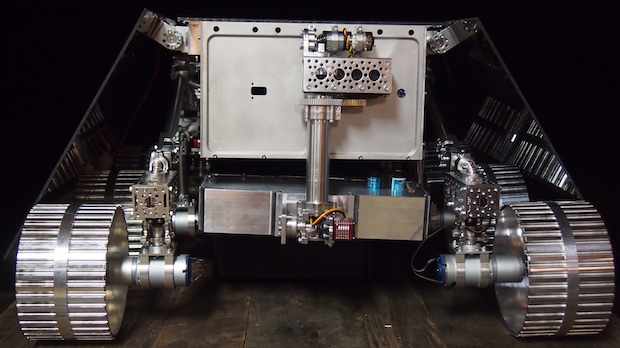 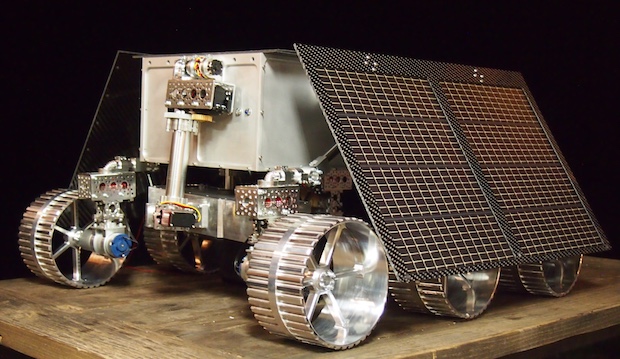 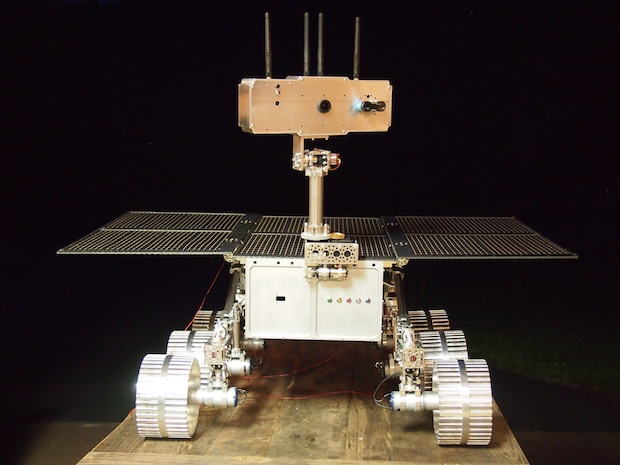 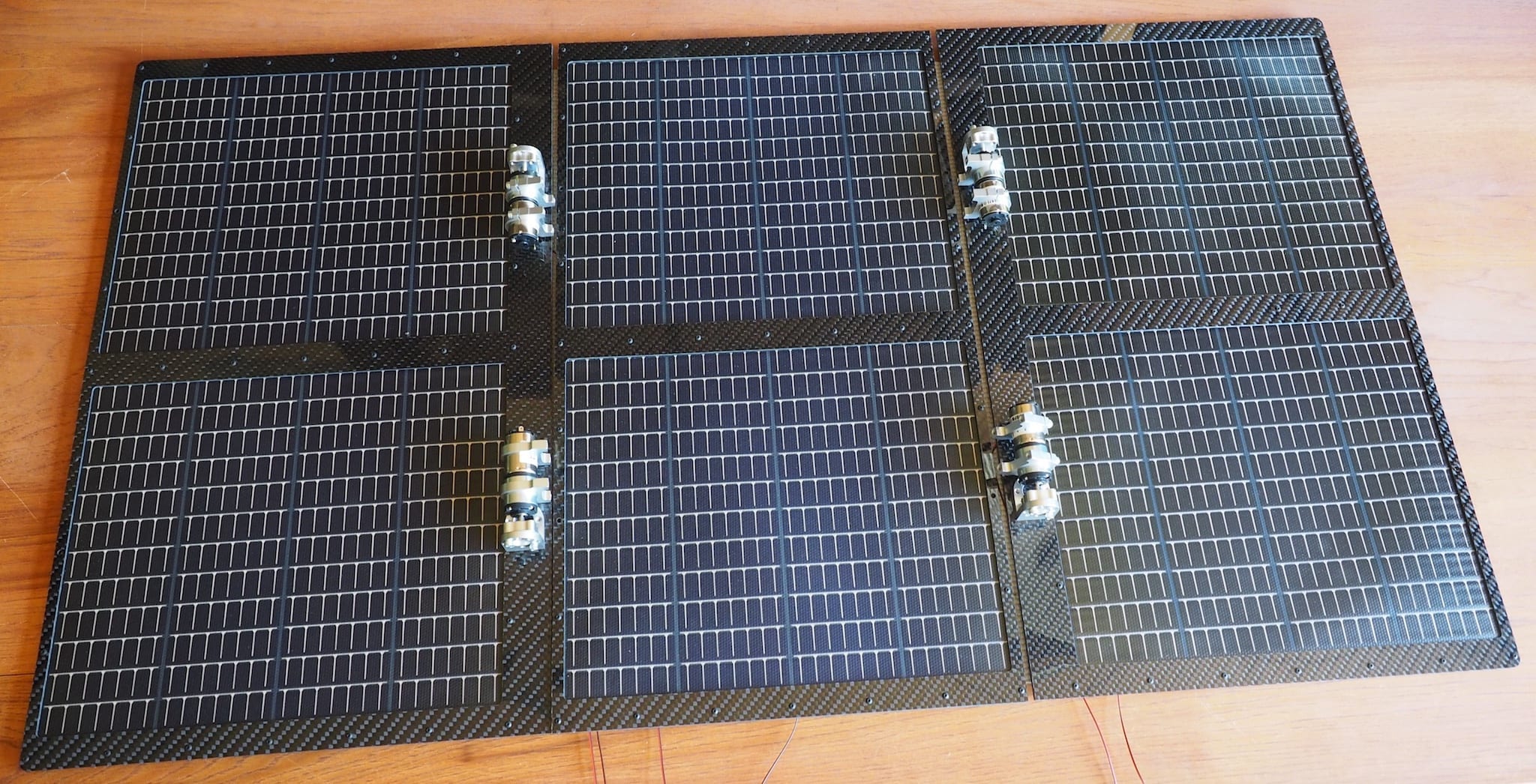