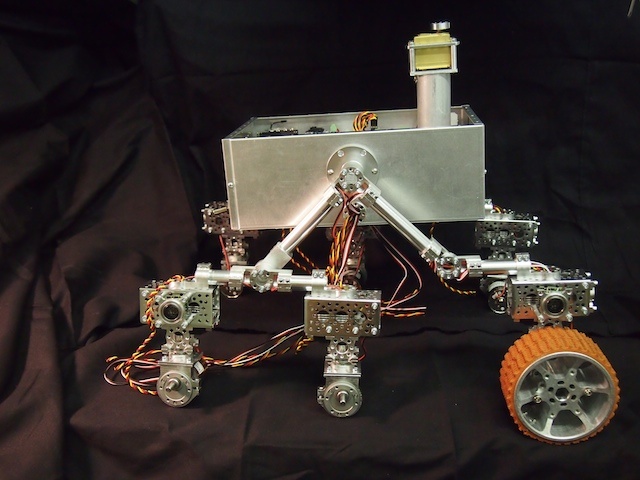 We’ve been making good progress on the Mars Rover. Today, we used our new milling machine to put the finishing touches on the hubs we are using to mount the central chassis shaft to the rover’s main box. By completing the two hubs, we were then able to assemble the two sides of the rocker-bogie suspension chassis with the main box, which in turn allowed us to begin soldering the servos and sonar sensors. It’s really starting to come together now. Pictures below.

The Mars Rover is starting to take shape. The two sides of the rocker-bogie suspension system have now been installed on the main box. We put one of the wheels in place to show what it will look like. The motor, servo, and two sonar sensors are soldered on the front wheel, but not the back two (thus the hanging wires). 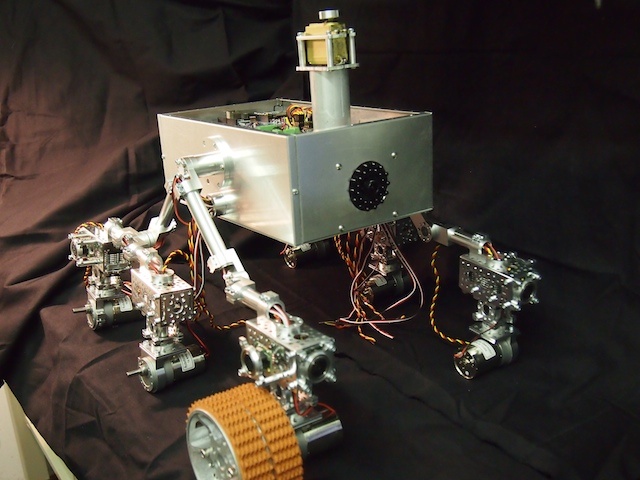 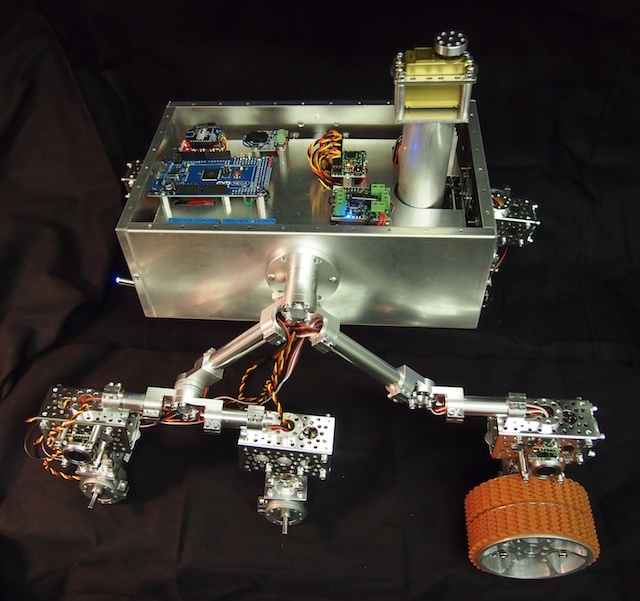 This view provides a glimpse of the electronics inside the main box. 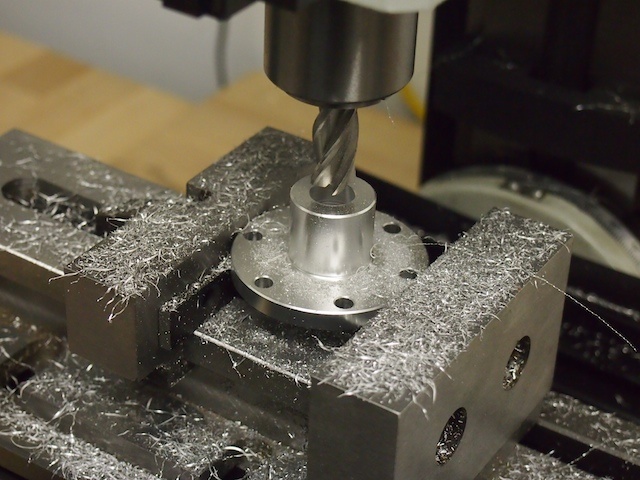 Here we are using our new vertical mill to machine the center hole of the hub.