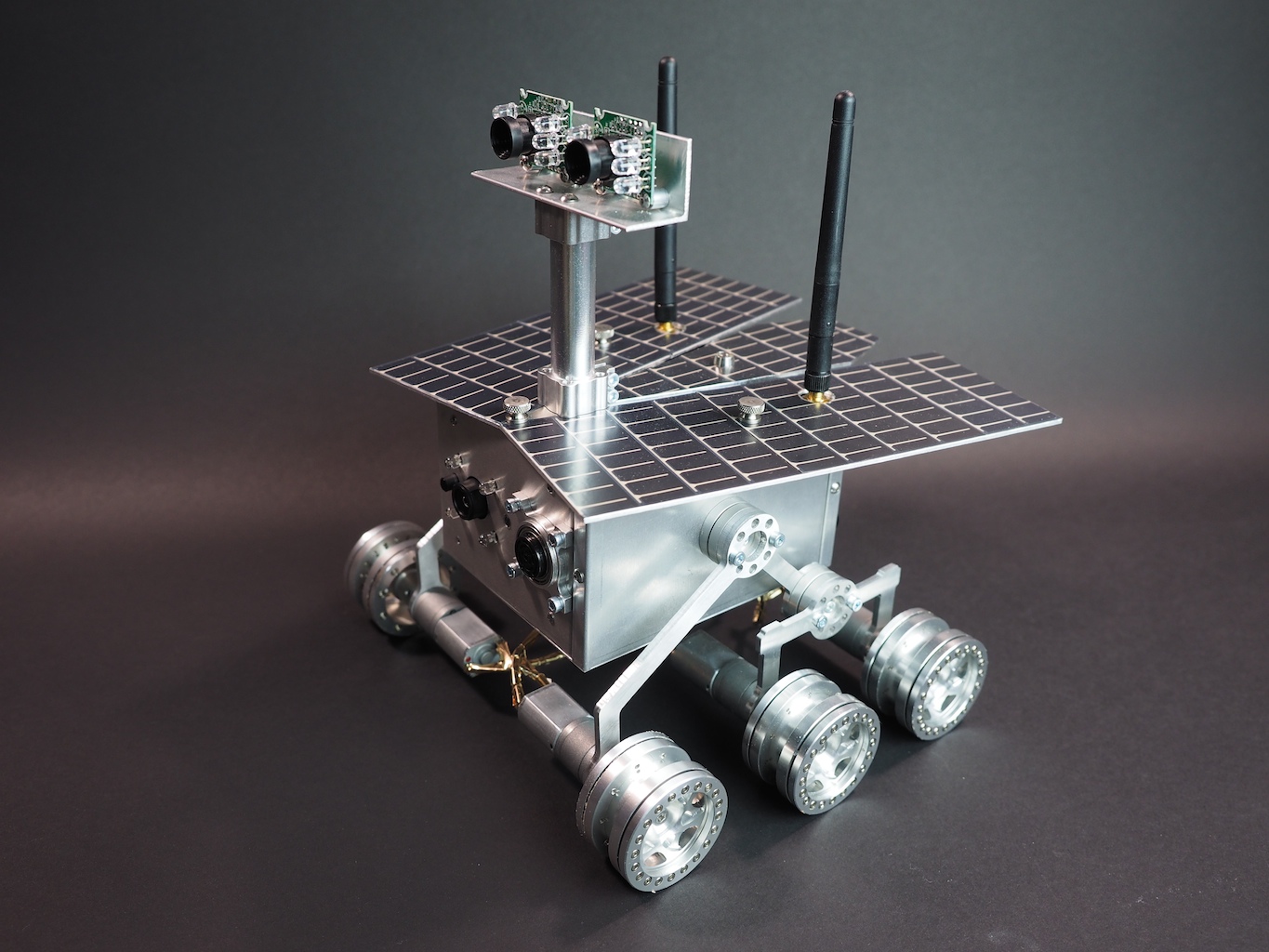 Although very small in size, these little robots pack some excellent features. They have a simplified, CNC-machined rocker-bogie suspension system, thin film solar panels, LED indicator lights, six small but powerful gear motors, an Arduino Nano microcontroller, front and rear sonars for object avoidance, a voltage sensor for battery charge monitoring, an audible battery alarm, an on-board battery charge jack, an Xbee radio, and a high-resolution infrared camera. They operate via real-time Remote Control and/or autonomously in conjunction with our “Mars Rover Controller” software. These two robots will be used as functional hands-on exhibits at two different locations. The exhibits are scheduled to open in November, 2014. So, the next time you’re in Malaysia, go check it out. 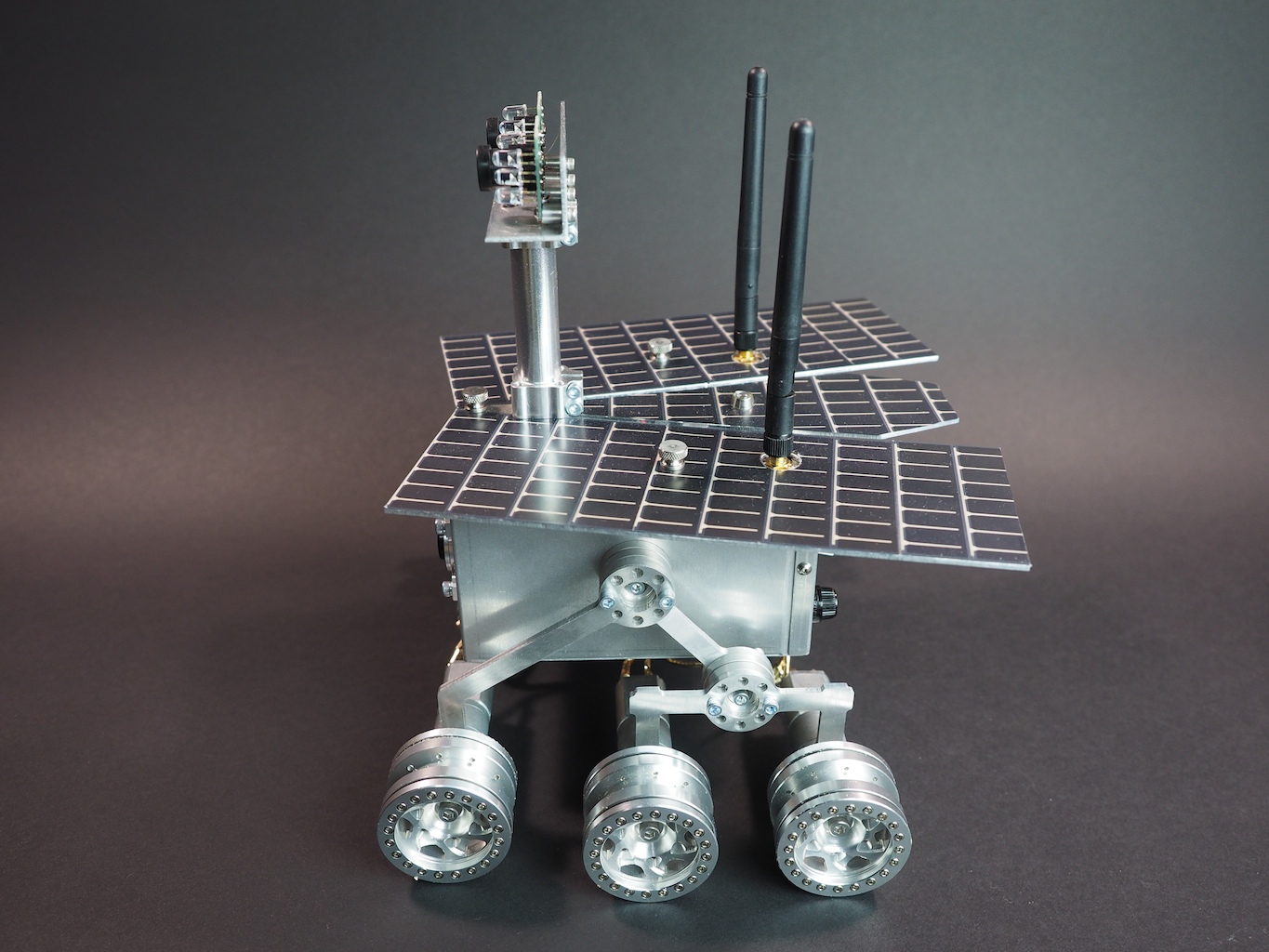 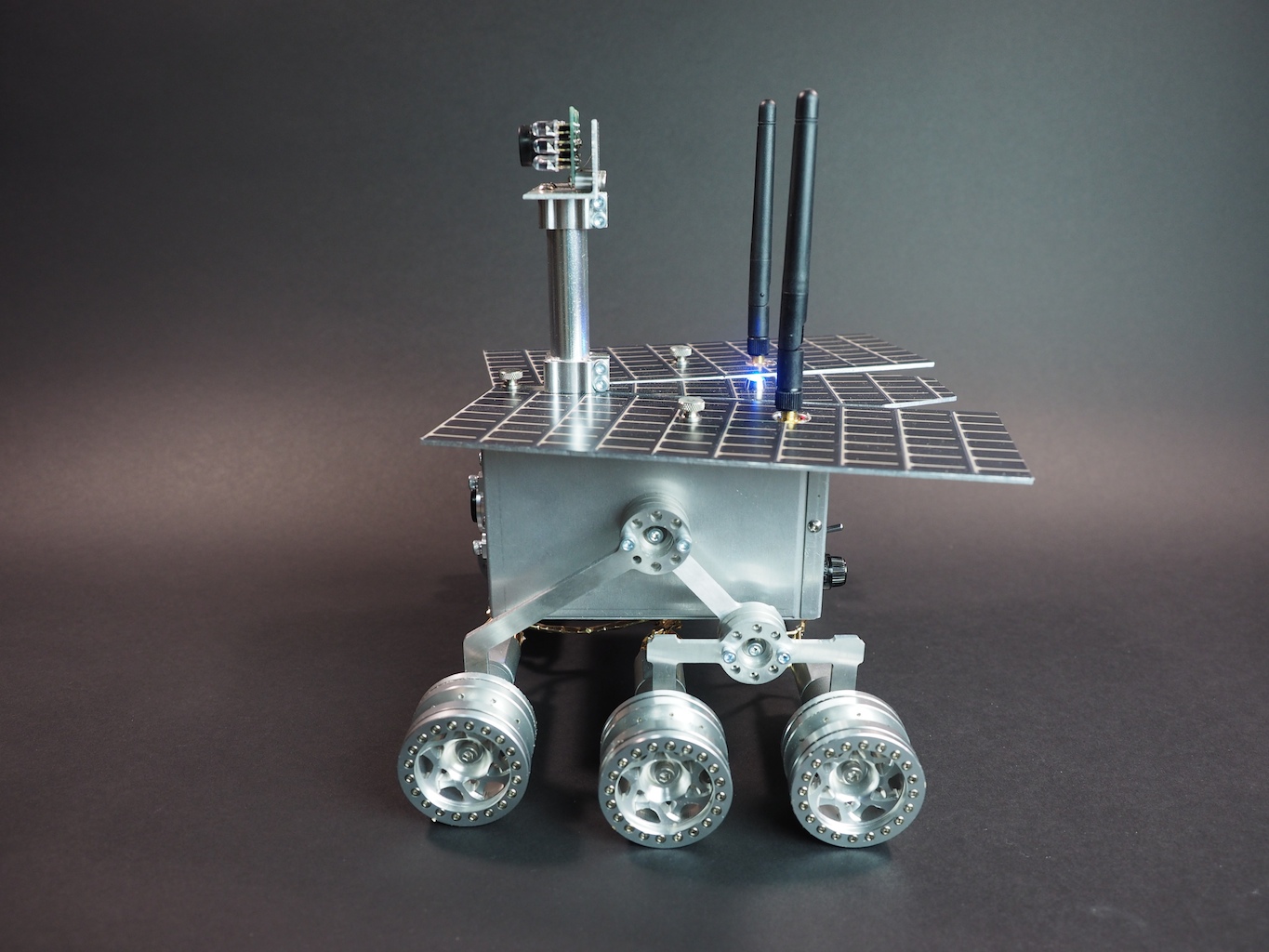 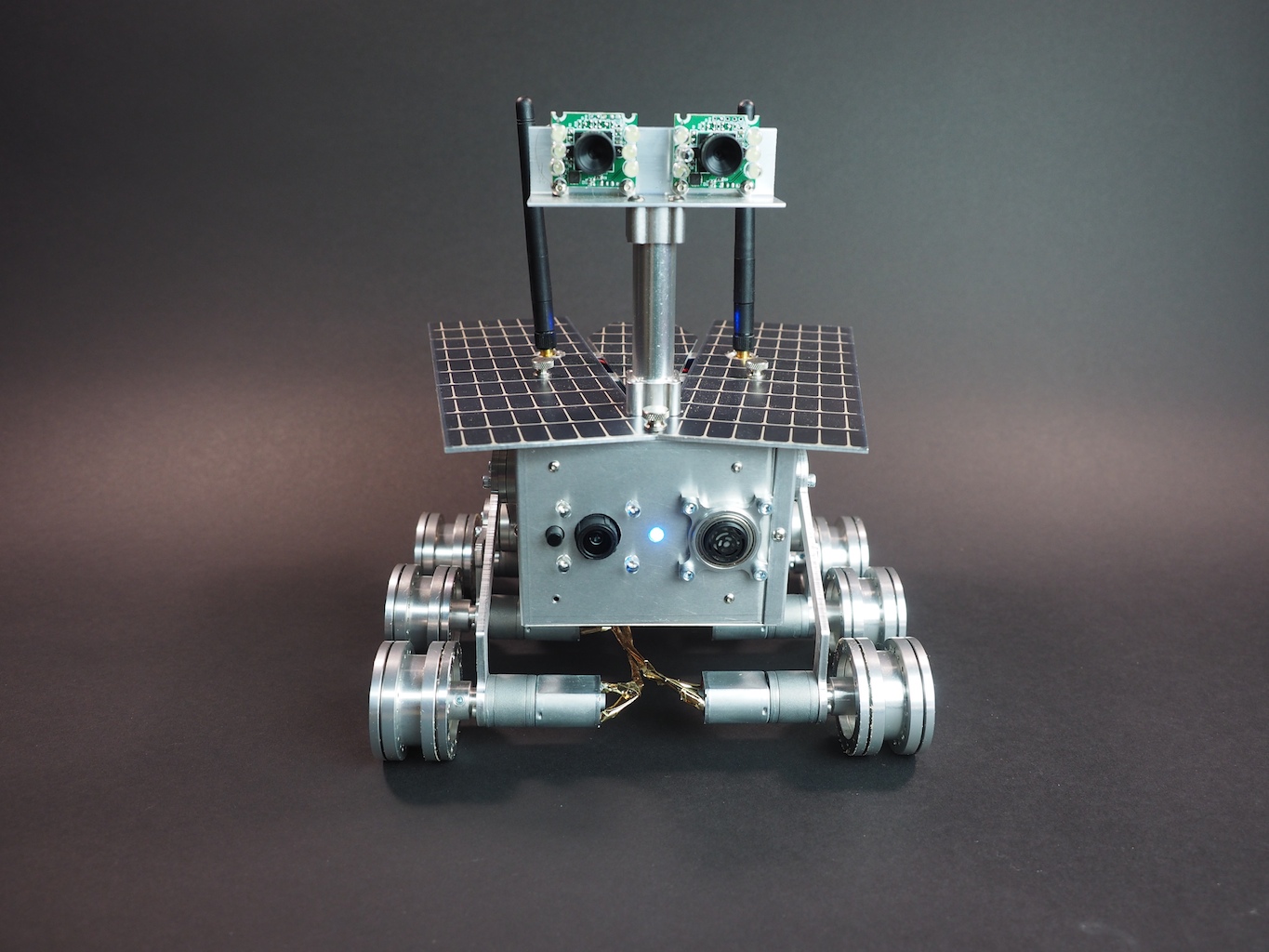 With the top removed, you can see the inside of the robot. We crammed the camera and a sonar sensor at the front. The wifi module (not visible) is attached to the side. The Arduino microcontroller, rear sonar, voltage sensor, motor controller, fuse, battery alarm, xbee radio, two antennas, and power switch are all crammed in the back section. This leaves the center area for a huge 10,400 mAh 7.4V Lithium-Ion battery (black square in center), which will allow the robot to last a long time on one charge. 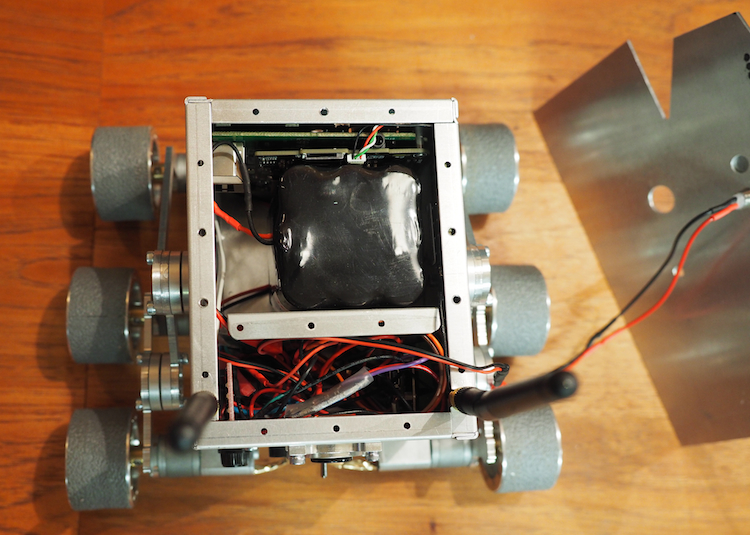 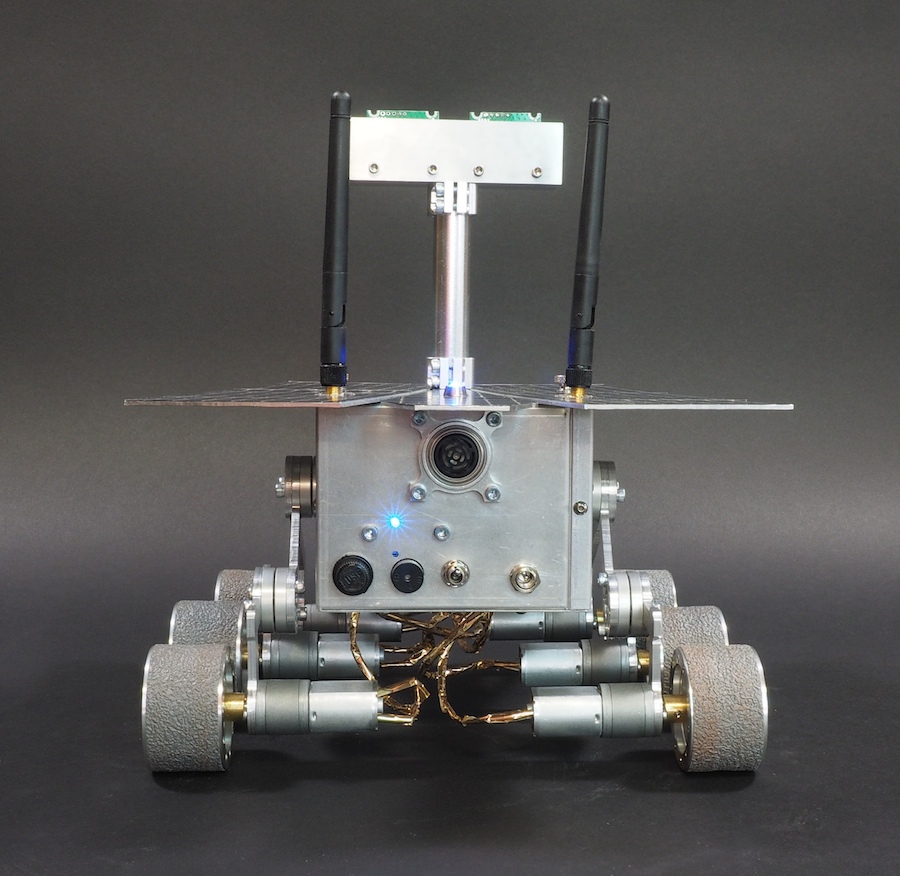 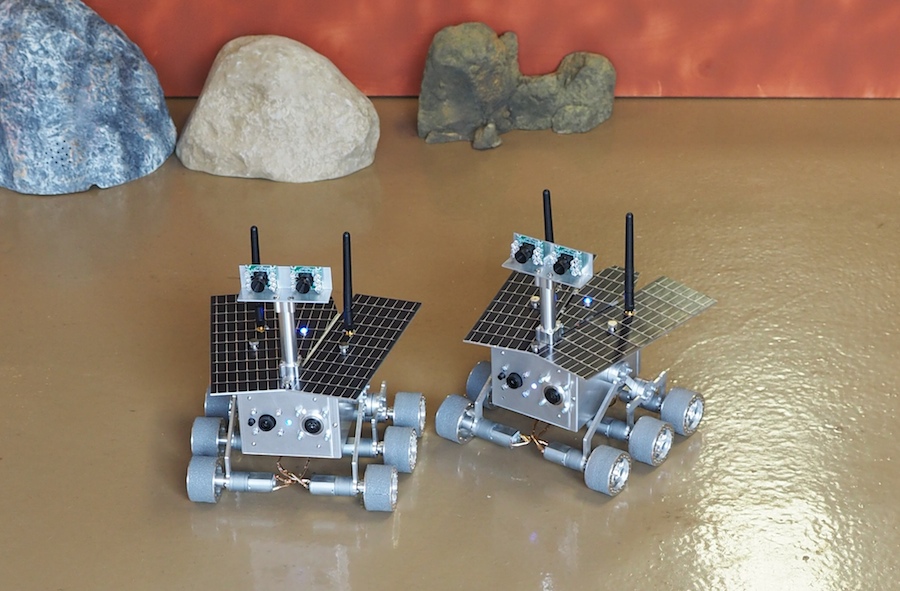 We would like to thank our contacts in Malaysia for their excellent work on this project so far. They have been very good to work with. We look forward to helping them (from a distance) to get their robots setup and working at their location. We would also like to thank our part suppliers from servocity.com (hardware components), sparkfun.com (electronics), pololu.com (motors), dimensionengineering.com (motor controller), maxbotix.com (sonars), robotshop.com (electronics), all-battery.com, and mcmaster.com (metal and hardware), to name a few. 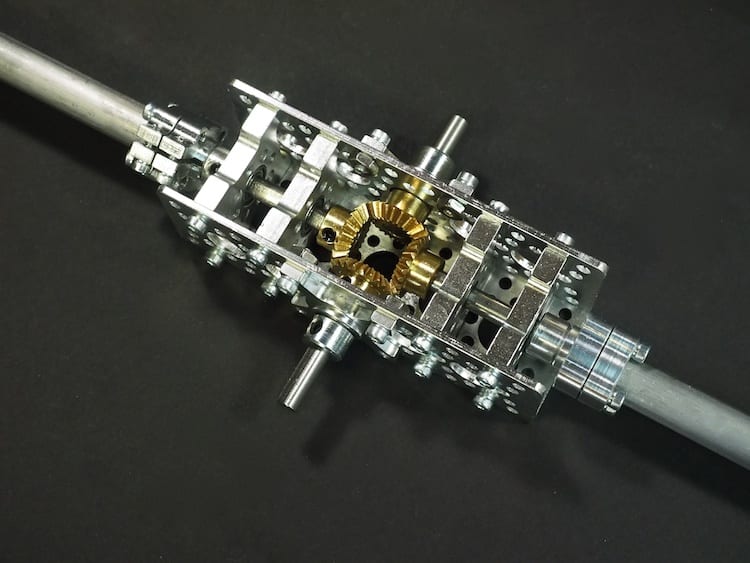