A little while ago, we discovered a cool new high definition video camera called the Hack HD. Think of it as the internal circuit board and camera lens of a 1080P GoPro camera, but unlike a GoPro, it’s designed to be hacked and tinkered with. It’s small and easy to embed into your own project. They even provide screw terminals for wiring it up. It’s also cheaper than a GoPro, which most people are leery of taking apart because of its price tag. The Hack HD records video to a micro SD card. It also sends VGA video through its Video Out wires. On our Actobot rover, we’ve wired the Video Out to a long distance transmitter  and a pair of FatShark Video Goggles so that we can drive around remotely via First Person View (FPV)(more on that in a later post).

We used our CNC Mill to machine a custom case for the Hack HD so that we could mount it on the Actobot’s pan/tilt turret.

We should note that the Hack HD only has one lens (as shown in the photo at the top of this posting), but we wanted to experiment with giving the Actobot “eyes” so we built a false lens into the case.

With the completion of this case, our Actobot’s pan-tilt turret can now be quick-changed between three different video options : a WiFi camera, a GoPro, or a HackHD. 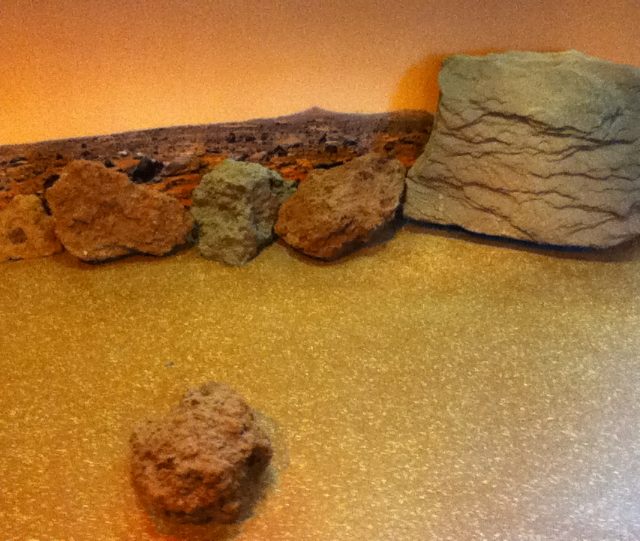 The Mars Rover needs to detect infrared in its camera so that visitors can identify infrared-emitting rocks that are hidden in various spots in the Mars Exhibit. We have completed a series of experiments to confirm that this part of the Rover is working properly. Pics and explanation below.

The Mars exhibit has many Mars rocks. A few of the rocks are hollow and have an infrared lamp inside so the rock emits infrared energy. The visitor’s objective is to drive the Rover around the Mars exhibit and find the hidden infrared-emitting rocks. (On the real Mars, infrared-emitting rocks indicate that the rocks may have been formed in liquid water, and therefore may be a clue to past life on Mars) 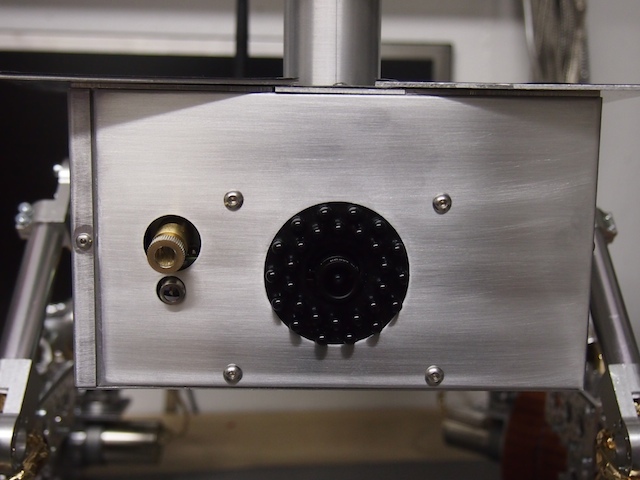 The Mars Rover is equipped with the inner core of a high-quality 640×480 WiFi camera (the Sharx Security SCNC2700). The video camera looks straight ahead from its front panel. By sending the camera a special web-post (thank you to the folks at Sharx for their special help on this), we can programmatically turn the camera’s IR cut-filter on and off, thereby switching the camera between “Normal Camera” mode and “Infrared Camera” mode. 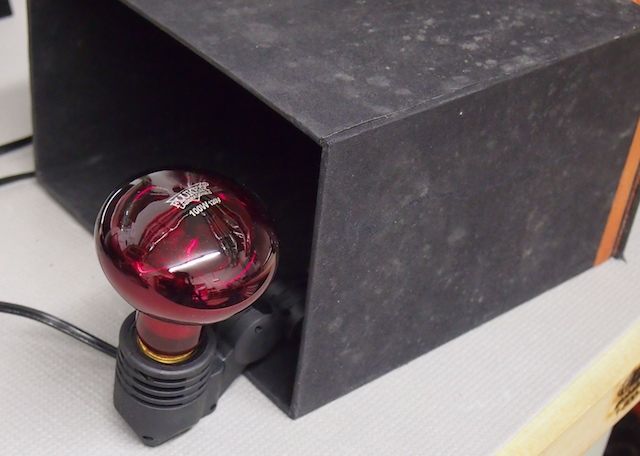 We didn’t have a “Mars Rock” to work with in our workshop, so for this experiment, we placed an infrared lamp inside a black box. 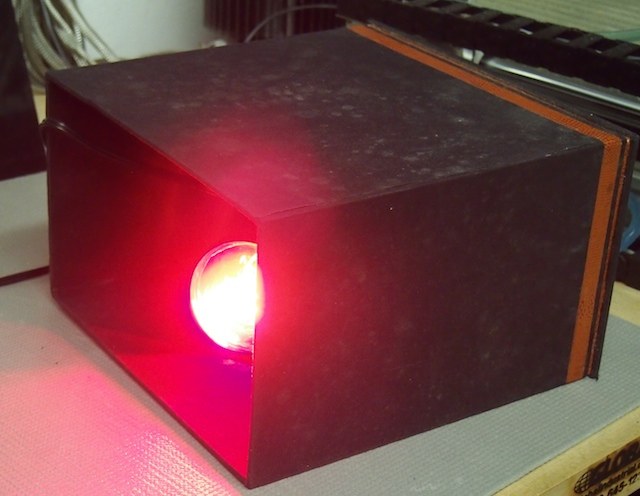 We turned the infrared lamp on. 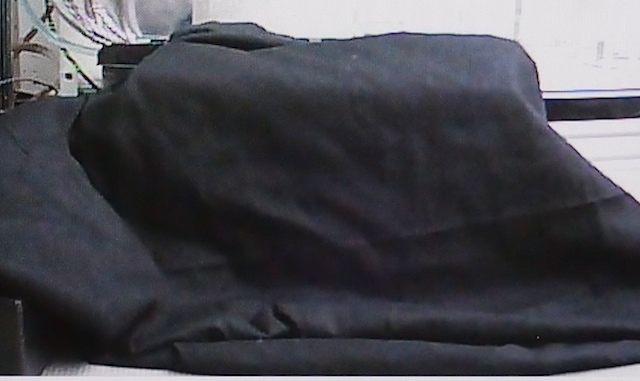 We then covered the box with six layers of black muslin cloth. To the naked eye and when viewing it through the video camera in normal viewing mode it looks simply black. This is serving the purpose of our “Mars Rock” for this experiment. This is a picture of what we see on screen in the camera’s video stream. It looks like normal black cloth. 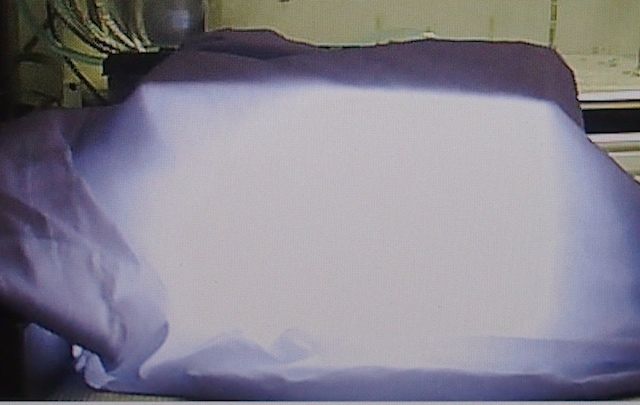 We then turn on the “Infrared Camera” mode. Just as we hoped and theorized, the black box now appears as bright white in the camera. So, when visitors to the exhibit switch the Rover’s camera into “Infrared Camera” mode they will be able to easily  differentiate the infrared-emitting rocks from the normal rocks.

Special thanks to the folks at Sharx Security for not freaking out when I told them I was tearing one of their cameras apart piece by piece, integrating it into our robot, and sending it to “Mars.” They were very helpful in providing the technical information we needed to get the camera to do what we needed it to do. All indications are that it’s going to work very well for us.