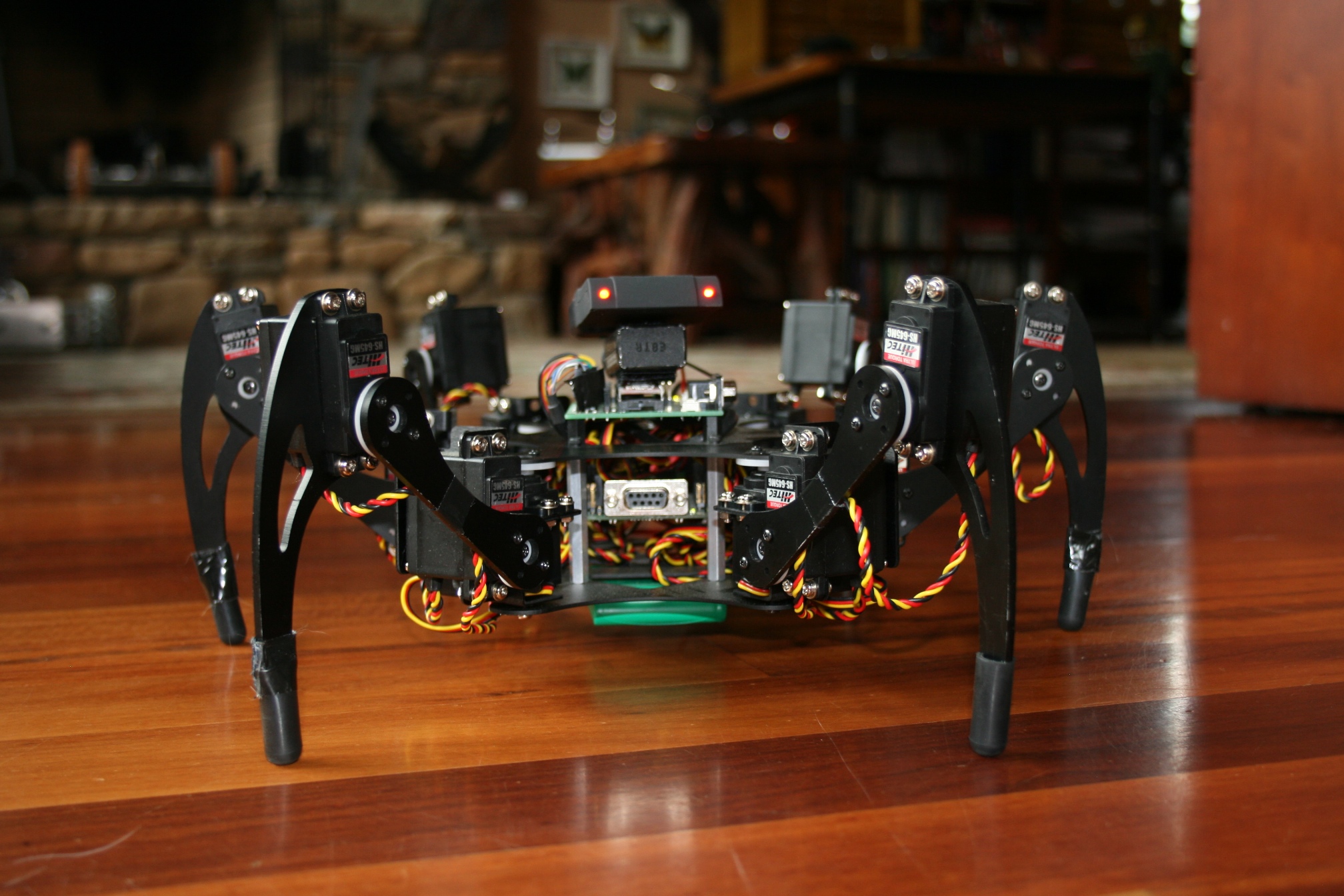 Having created several robots that roll on wheels of various kinds, we decided to build a robot that walks, or more accurately, crawls, in a spider-like fashion. We call him Creepy Crawler. We control this robot using a PS/2 remote control. Each leg has three Degrees of Freedom (DOF) so his gate and other movements are very creepy and biological. To create Crawler’s head, we hacked into a PS/2 receiver and installed the red receiver lights (LEDs) so that it looks like he has glowing eyes. 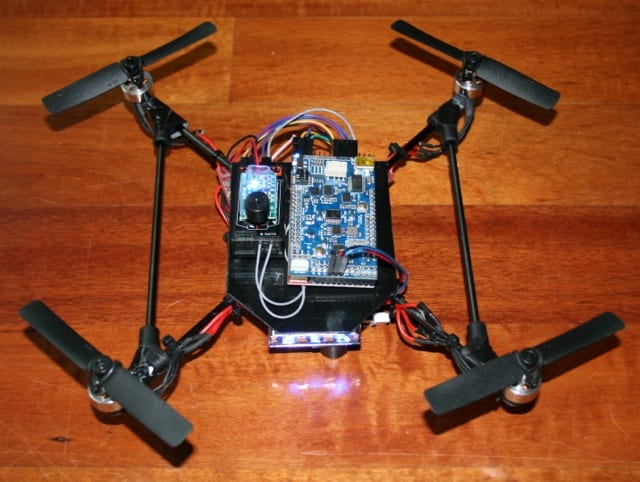 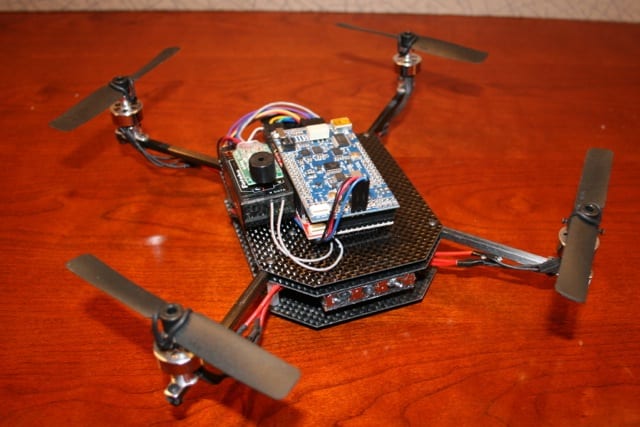