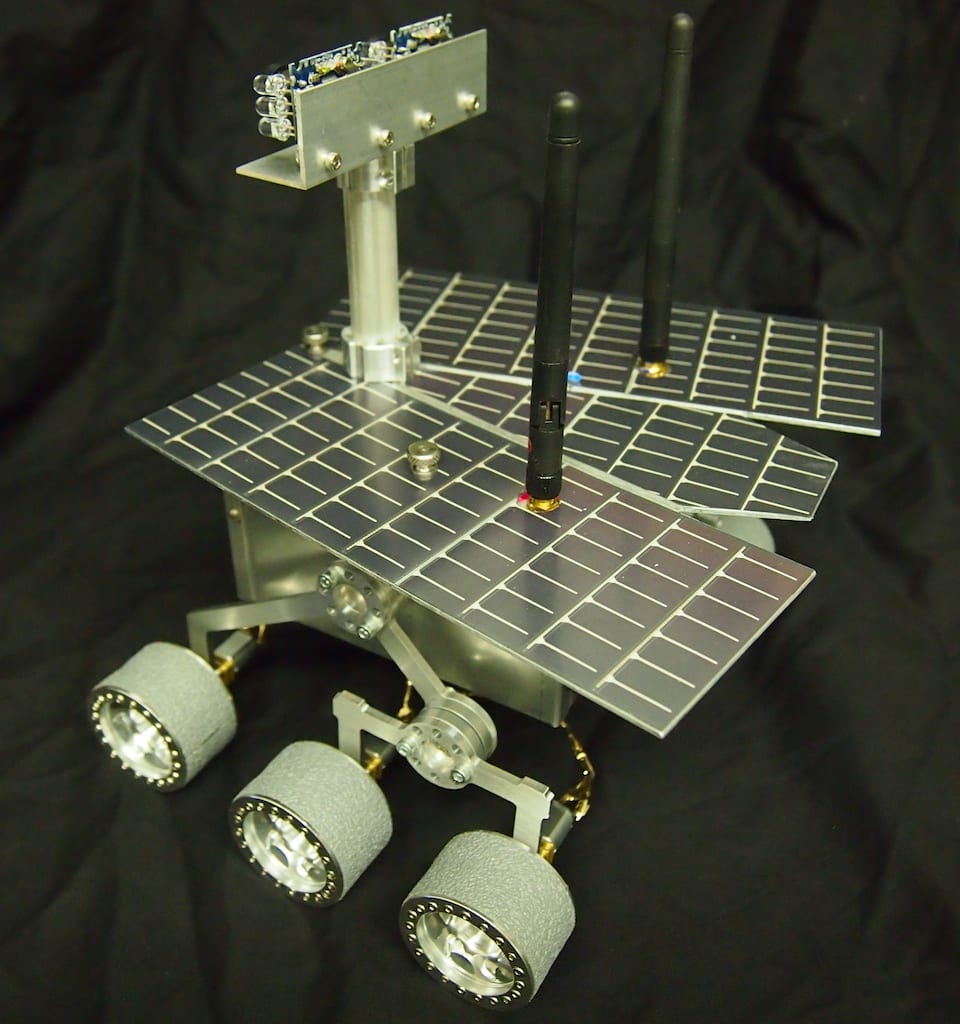 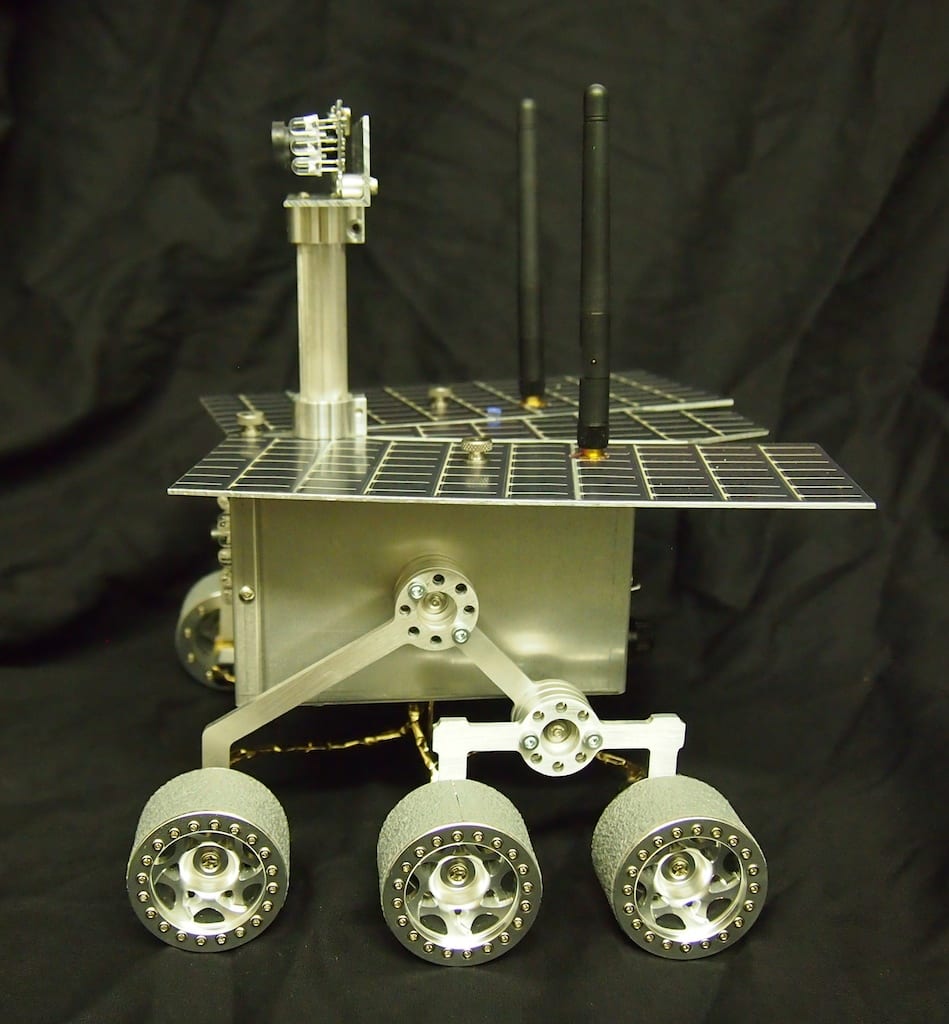 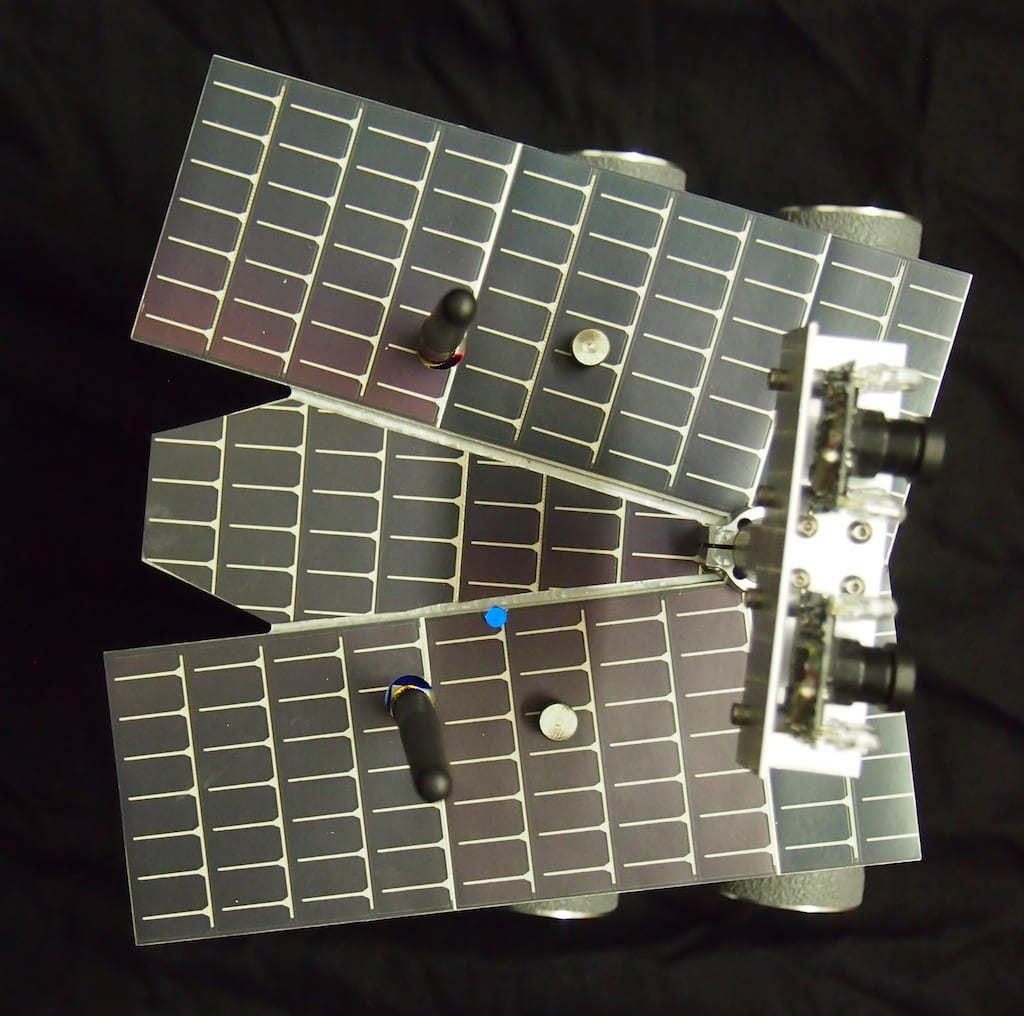 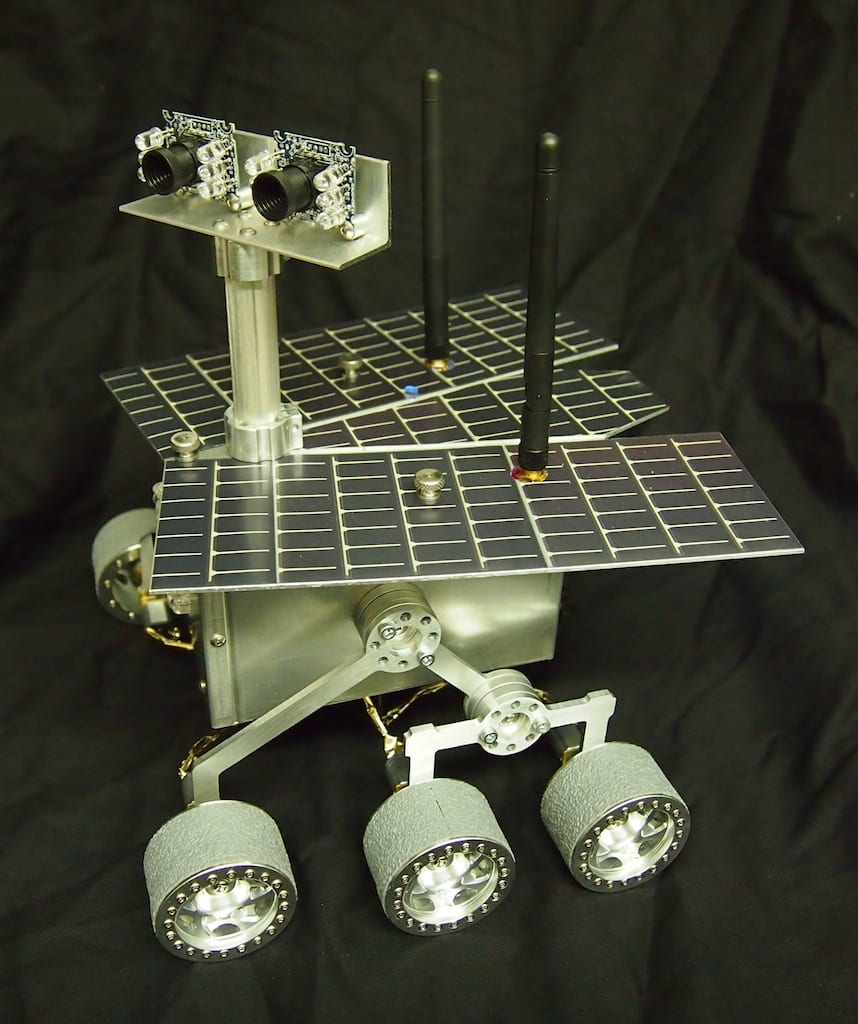 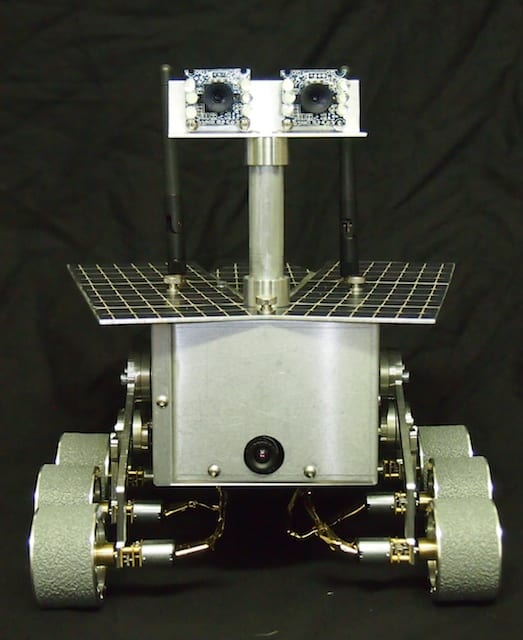 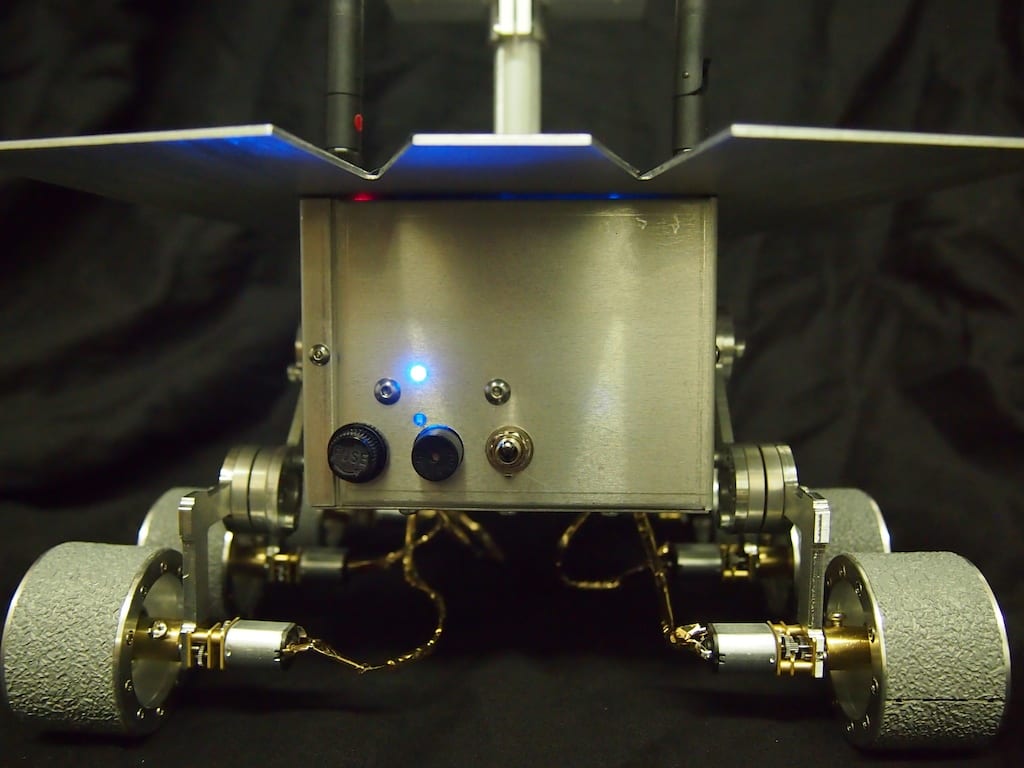 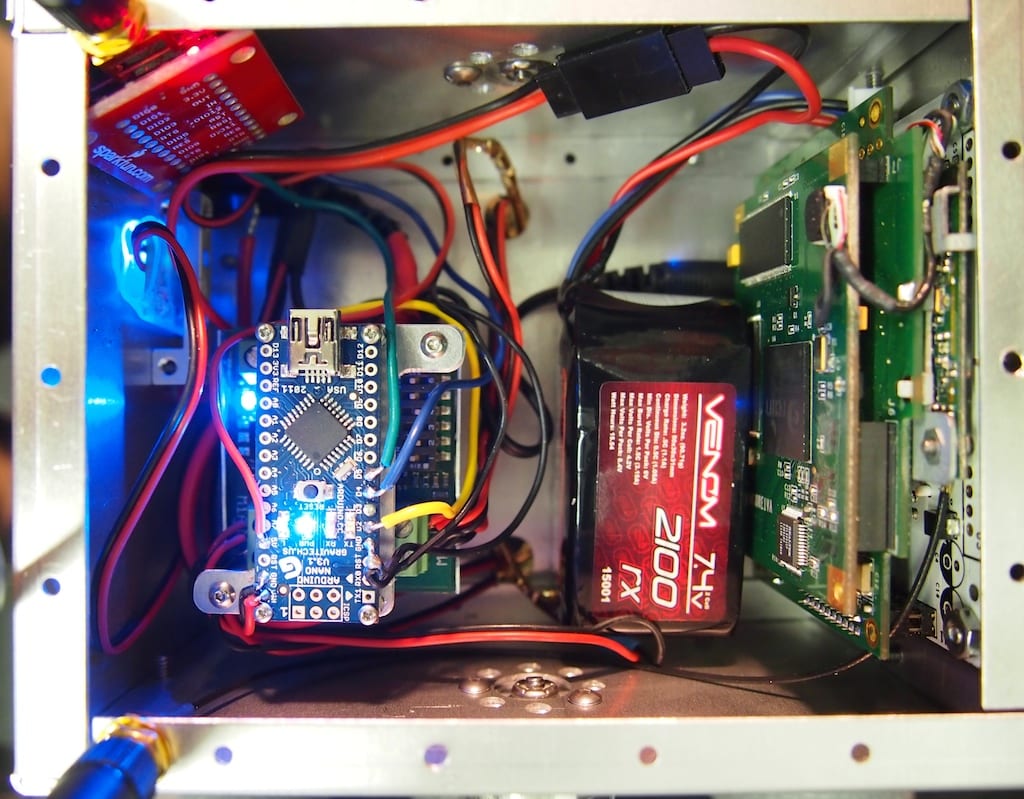 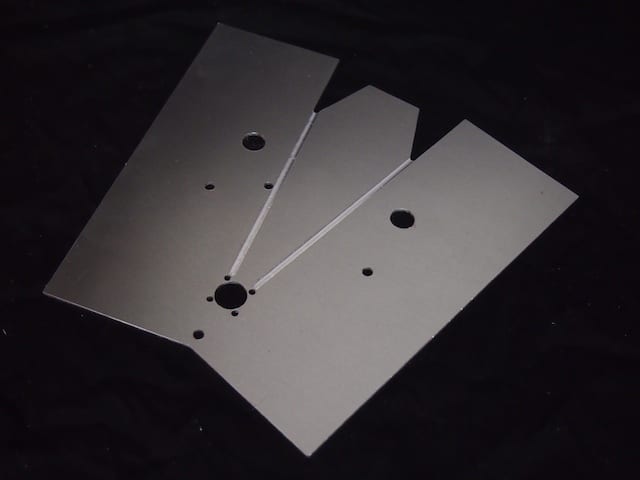 Mars Rover Top Plate immediately after it has been CNC machined but before the solar panels have been applied. 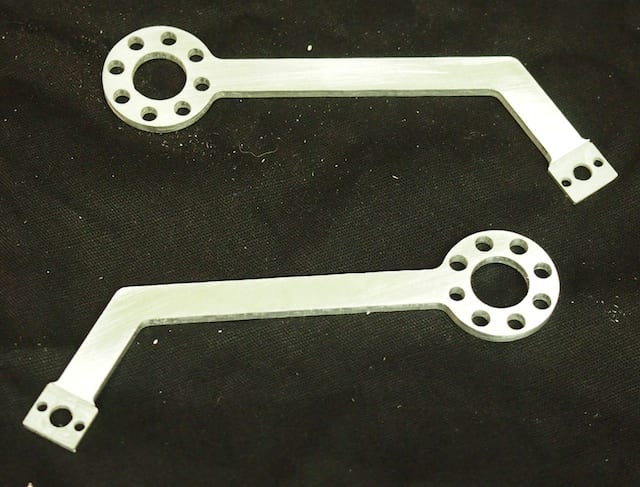 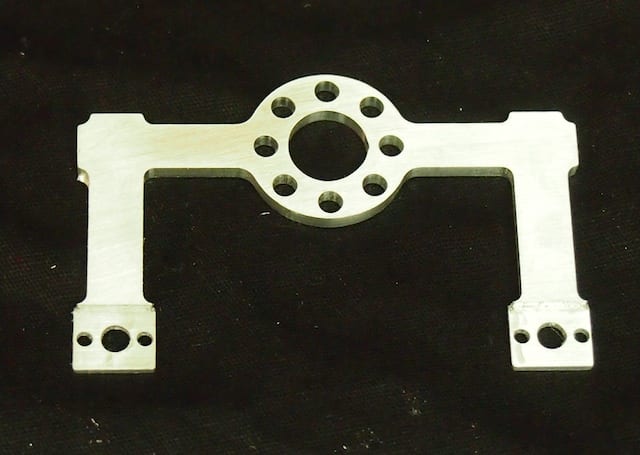 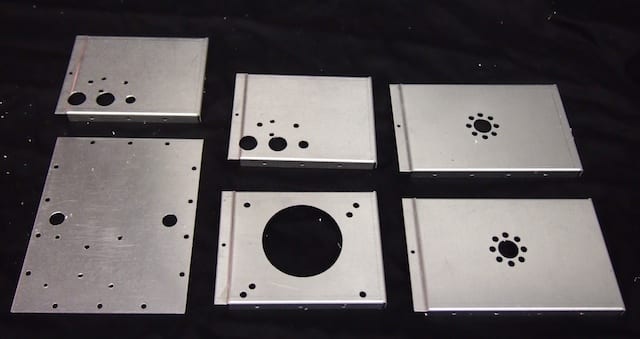 Mini Mars Rover Back Plate, Bottom Plate, Front Plate, and Side Plates. The newer version has a smaller hole for the camera.