Beatty Robotics goes to the Dogs 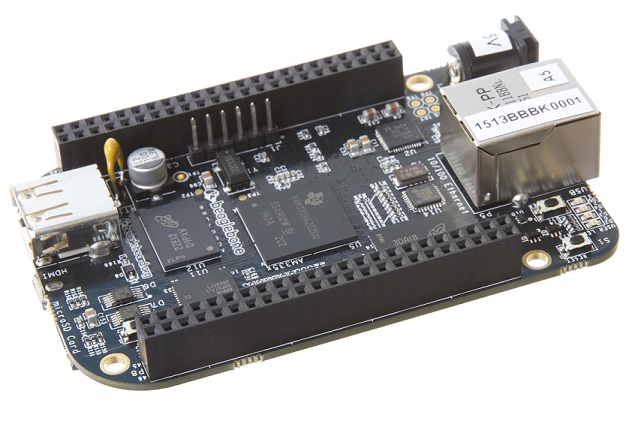 Recently, we started work on a museum exhibit project that requires reading six sensors, controlling eight relays, and displaying text and graphics to a display monitor. Normally, we like using Arduino, but because of the display requirements of this project, we decided to venture into a small Linux-based single board computer (SBC). We studied the Raspberry Pi and the BeagleBone Black (BBB), both of which looked like excellent candidates. In the end, we decided on the BBB because it has 65 General Purpose Input/Output pins (GPIO), 4 Serial UARTs, 8 PWM pins, and so on. The BBB appears better suited out-of-the-box for robotics and sensing/controlling the physical world, which is what we normally do, so we thought that was the one to learn about. Arduino microcontrollers are normally programmed with a form of C, but with its full-blown Linux operating system, the BBB supports many different languages, including C, C++, BoneScript, Javascript, Python, and many others. After studying the pros and cons of each, we decided to pursue Python as our main language for BBB programming. In the weeks ahead, we’ll start providing the details of our first BeagleBone Black project. 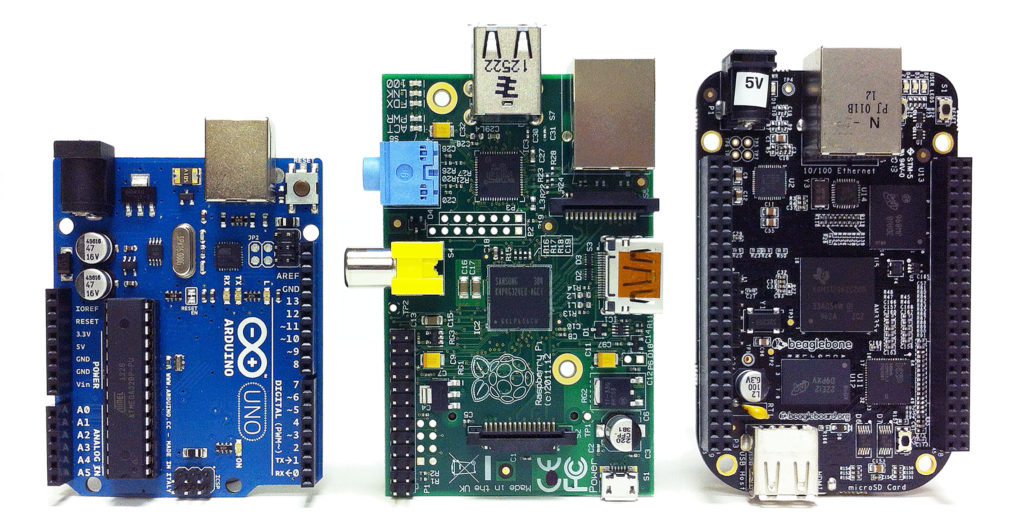