The Beatty Ladies Working in the Workshop 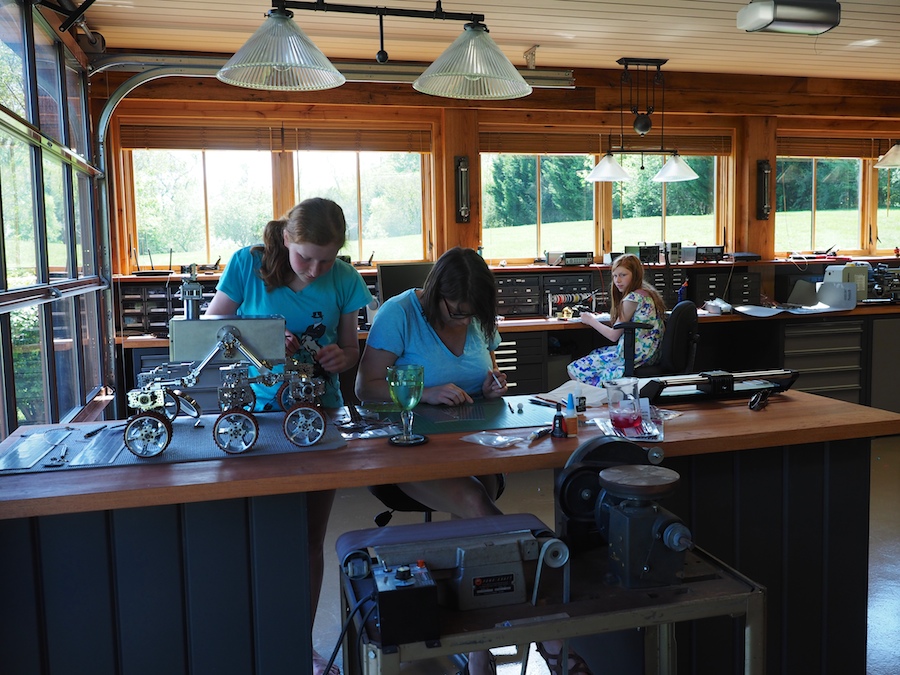 We’ve been hard at work on several simultaneous on-going projects, including an upgrade to our large Mars Rover, the building of two new Mini Mars Rovers for two science centers in Kuala Lumpur (The National Science Centre and Petrosains, the Discovery Centre), a large tread-based laser tank (which is super-cool, but we haven’t had a chance to post it yet), and Alumini (our 12-legged walking creature).

Here are some pictures of the ladies at work in the workshop.

GENEVIEVE BUILDING ONE OF THE MINI MARS ROVERS 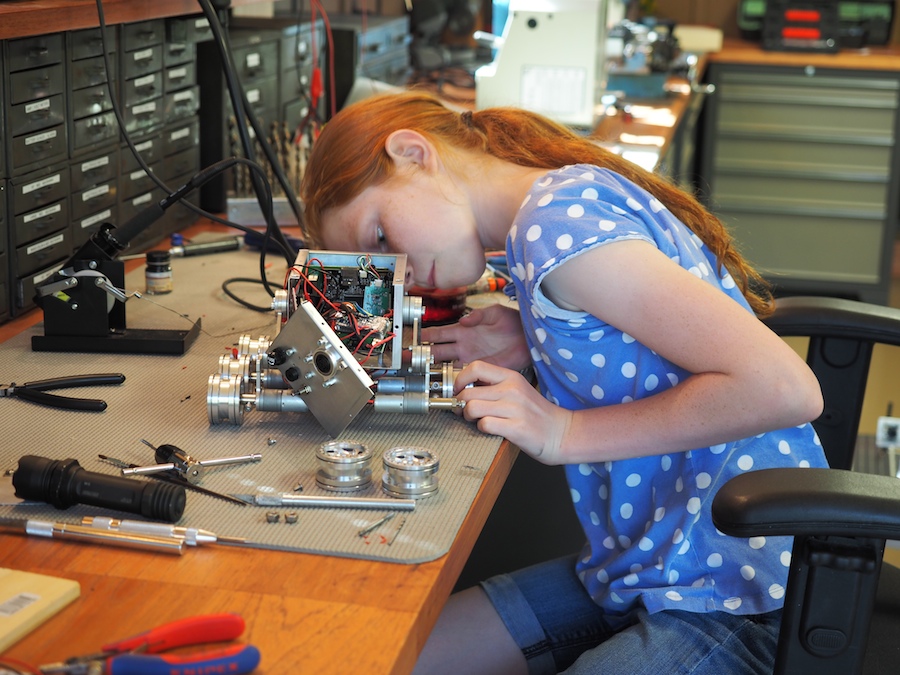 CAMILLE WORKING ON THE CAMERAS FOR THE MINI MARS ROVER

FOUR LADIES IN THE WORKSHOP 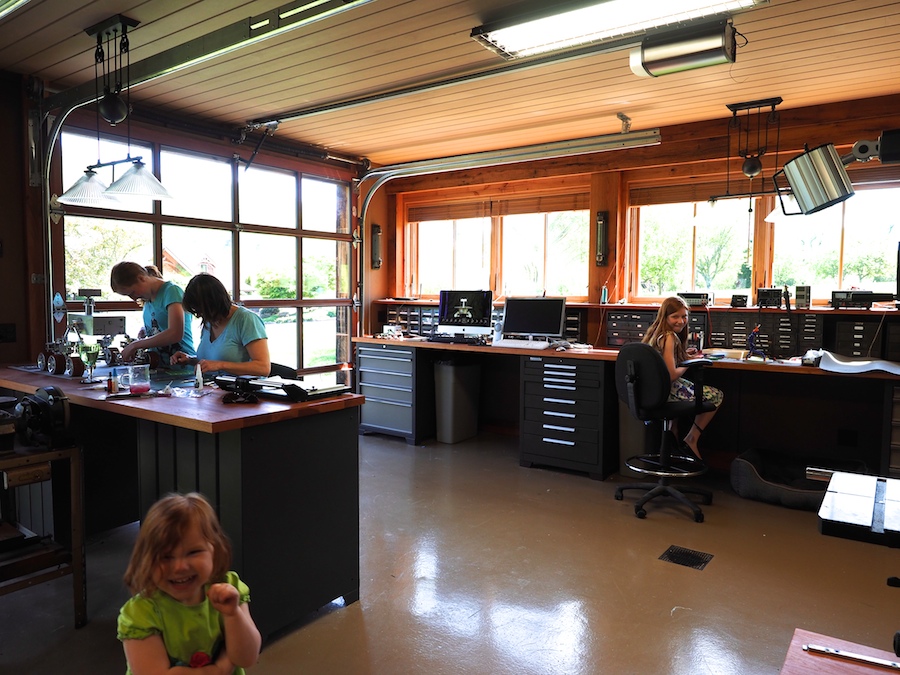