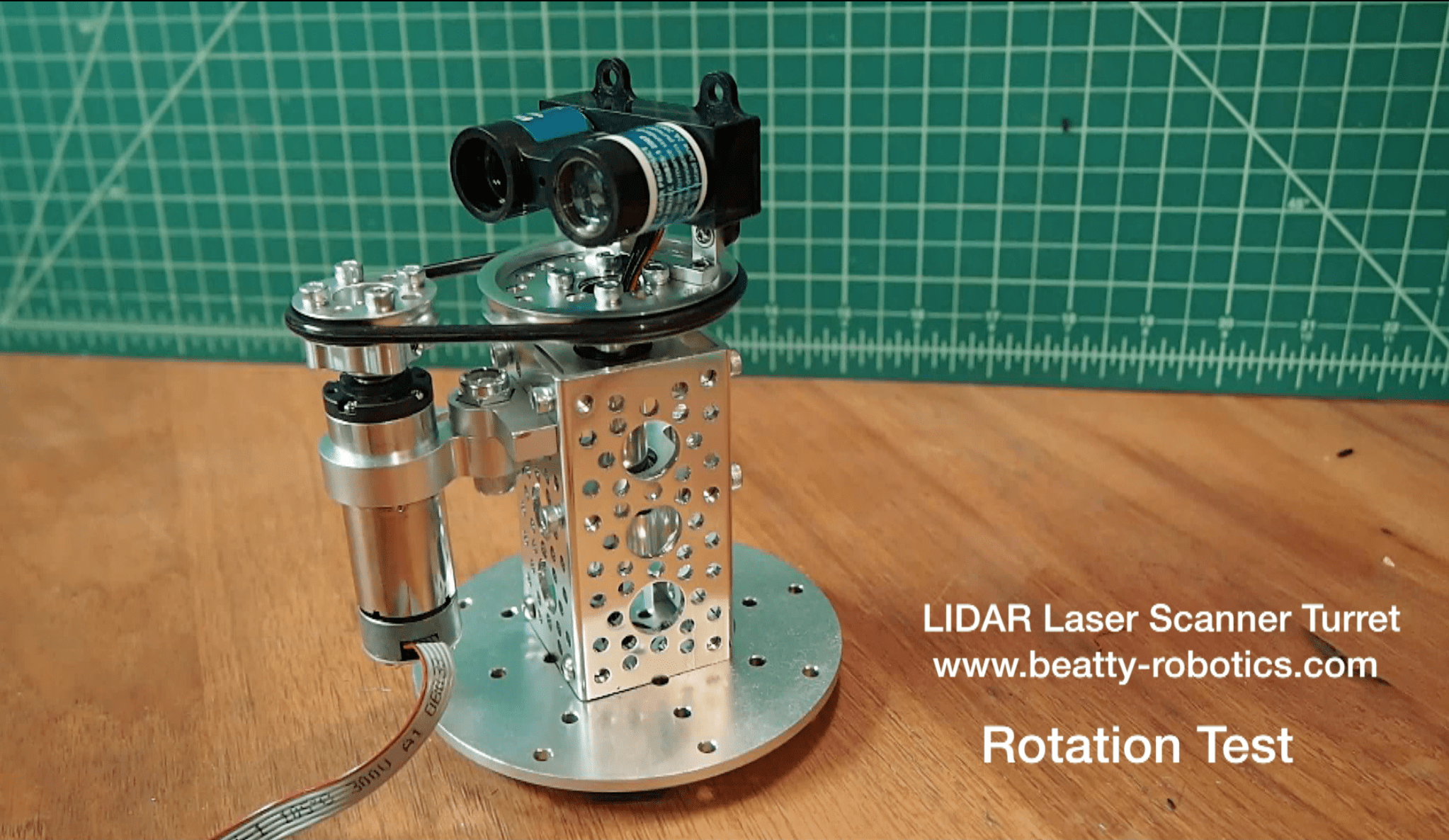 Recently, we encountered a new type of sensor that we’re hoping will really help our robots sense the world around them. We are avid users of Maxbotix ultrasonic sensors to detect objects, but they point in a single direction and only provide a somewhat fuzzy understanding of possible obstacles. So, instead of using sonar technology, we have now been experimenting with using LIDAR, which technically stands for “Light Detection and Ranging,” but we think of it as a mash-up of LASER and RADAR. In the past, LIDAR systems have been used by the military and other large organizations for mapping, target range determination, object detection, and other uses. They once cost many thousands of dollars. But recently, someone came out with a mini LIDAR sensor for $134. The true advantages of LIDAR is that it’s accurate, repeatable, and super fast. You can literally spin this little sucker around in a circle and it will spew out a series of numbers that represent the number of centimeters to every wall or object in the room. It will literally make a map of the room. As soon as I read about it, and saw the animated gif below, I knew I wanted to start working with this little scanner. It came as a great disappointment to me that the LIDAR unit itself was for sale, but there wasn’t a turret for it. That was just an artist’s animation. So, we decided to make our own. We built this little spinning LIDAR turret using an awesome combination of Actobotics parts. We also discovered something else we didn’t know about called a Slip Ring, which allows a collection of wires to spin around 360 degrees and never lose conductivity. So, here is a quick test of our newly assembled LIDAR Scanner Turret. It’s not perfect yet. We have some ideas for improvement. But it’s a good start.

Here is the original animation that was the inspiration for our LIDAR Scanner Turret. It shows how the LIDAR will spew out a series of distances to all the objects in the room. In this cases, it’s displaying those distances graphically on a computer screen. We plan to use the LIDAR Scanner Turret to give our robots situational awareness of the room they are in and all the objects around them. It will also be possible to add to tilting component to the turret, which will allow us to capture a 3D image of the entire room (although we’d probably need an Edison, Yun, or other Linux-based microcontroller to handle all that data rather than a simple Arduino). The future is bright. 🙂

Here is a picture of the Slip Ring, which allows us to spin the turret 360 degrees continuously, but still run wires to the sensor. The Slip Ring is housed in the 0.50″ hollow tube in the center of the turret.