We’ve been very busy here at Beatty Robotics, working on all sorts of projects, but it’s been a long time since we slowed down enough to post something to the website, so we decided to send out a few posts to catch you up with some of the things we’ve been working on. We’ve also decided to be more free-flowing in our posts, showing you more of our in-process work, rather than waiting until a project was totally done. Here are some pics of a new robot we’ve been working on called Terrabot, which stands for Terrain Traveling Robot. 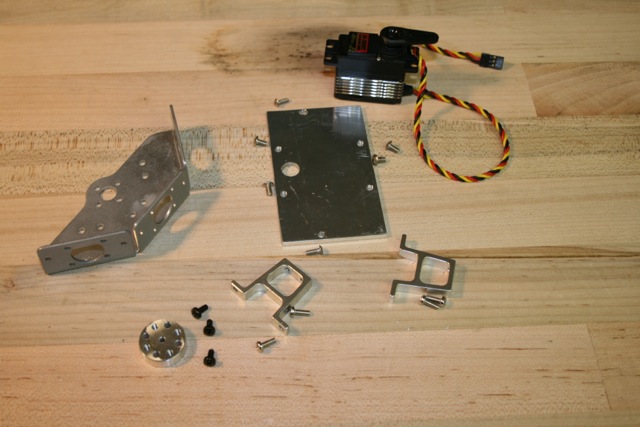 These are the parts for the sensor turret. We bought the servo and servo mounts, made the flat plate, and modified the multi-faced sensor plate. 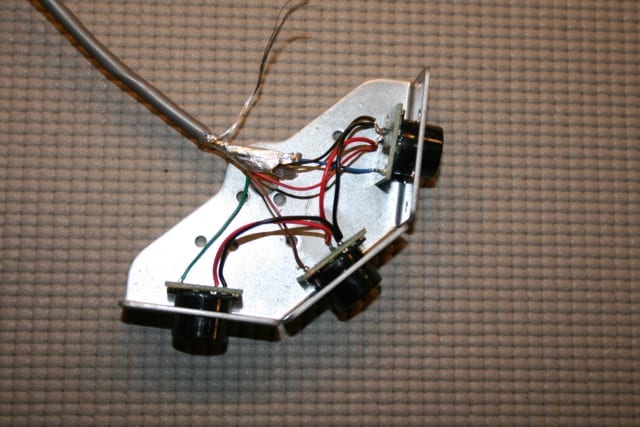 Here we have soldered and mounted the Sonar Sensors into the plate. 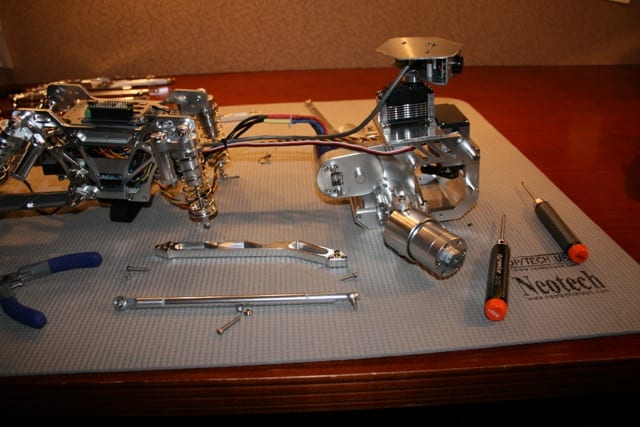 In this pic we’ve mounted the sensor turret at the front of the partially assembled robot chassis, which is made out of machined 6061 aluminum.

Genevieve solders the Arduino Nano microcontroller that will be Terrabot’s brain. 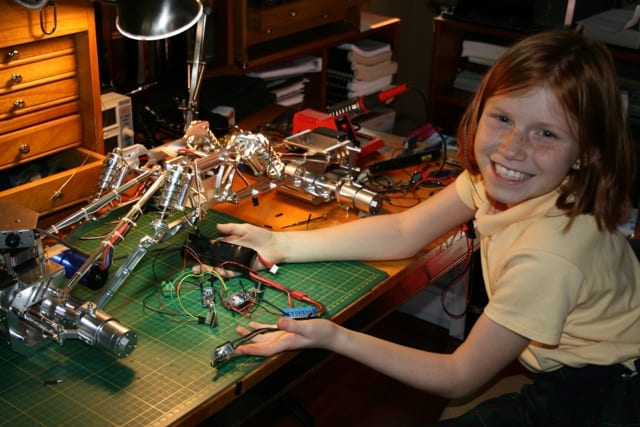 Genevieve shows off her completed electronics subassembly for Terrabot, including the Arduino Nano, an Xbee Radio, a motor/servo controller, the power rail, the main power switch, and the high-capacity Lithium Polymer battery–All wired together into a nice electrical harness by Genevieve. It is not ready for installation into the robot. 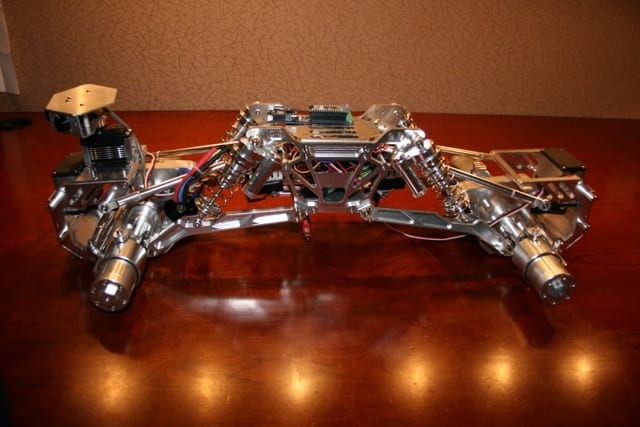 Here is a preliminary glimpse of the partially completed Terrabot, including the articulating chassis, two powerful brushless motors, two beefy steering servos for the 4WS, the core electronics, and the sensor head (visible on the left side). Next we will be adding the tires, a 9-DOF Inertial Measurement Unit (IMU) for “extreme” rough terrain assessment and a GPS for navigation. 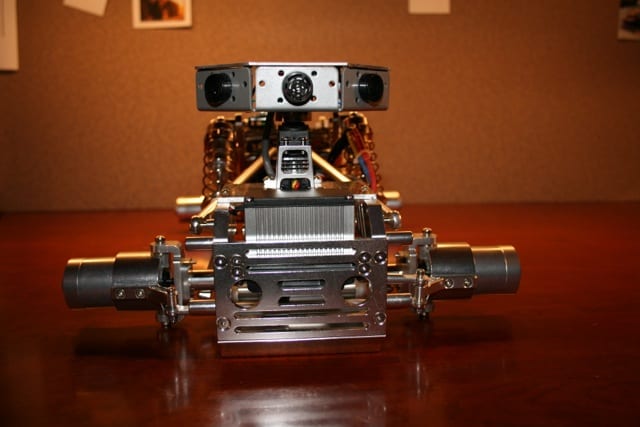 A front view of the Terrabot that shows off the sensor head.